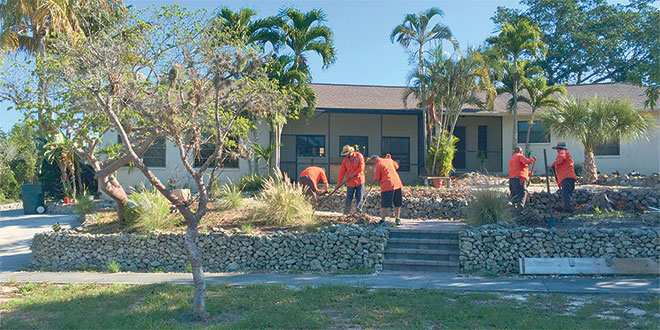 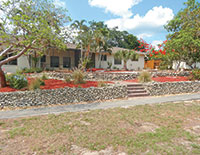 selected a much needed landscaping project to beautify a local island home.  The landscape work was done by Al Benaroch, Affordable Landscaping.  His company unselfishly donated mulch, plants and their time to this project.

The project was spearheaded by two Past Presidents of the Marco Island Area Association of Realtors®, Susan Ackerson

and Bill Filbin.  Both contributed time, effort and plants to the landscaping improvement.

Jerra Minning, owner of the property, expressed her thanks to the Marco Island Area Association of Realtors® and to Mr. Benaroch and his landscaping company.  She stated how delighted she was with the improvements and attractiveness of her property thanks to everyone’s effort