Florida Bird Migration: It’s All About the Tilt 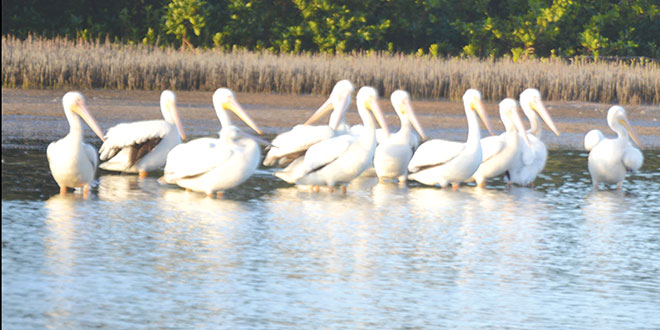 Swallow Tailed Kites are here in South Florida right now, but the White Pelicans and other migratory bird species are not. Hmmm….it seems odd that they all do not frequent our area at the same time. Why would that happen? Don’t they all come from the north to winter in our area? Don’t they all come at the same time? The answer is a resounding NO, and it revolves primarily around one factor: the tilt of the earth.

This means that we are traveling about 1.6 million miles a day thru space, or nearly 67,000 miles an hour on this orbit. I just looked out my window, but I don’t see any breeze at this speed.

We also know that the circumference of the earth at the equator is nearly 25,000 miles. So in one 24-hour day, we are spinning 1,040 miles per hour at that location, which is 0 degrees latitude. Now Marco Island is approximately at 22.9 degrees latitude, north of the equator. If we took a cross-section of the planet along that latitude, we would find that we are moving about 940 miles per hour.

So we are traveling thru space at 67,000 miles per hour, and we are spinning here on Marco Island at 940 miles per hour. I just looked out my window again, and I STILL don’t see a breeze! In addition to all of this, this earth is tilting!!! How are we even alive?

The fact of the matter is that these conditions are ideal to support life as we know it. Long, long ago the planet spun so fast that days were only four hours long. The tides were so severe because of this that water rushed in and out for hundreds of miles. As the earth’s rotation slowed, we began to form what we have today. But what about that tilt?

In addition to the gravitational pull of the sun that keeps us in a specific orbit, the locations and gravity of other planets and the moon have an effect on the the Earth’s tilt. During the first day of spring and the first day of fall, we experience an 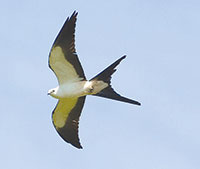 equinox. We have equal amounts of solar energy on either side of the equator. As the planet’s tilt changes, about 23.5 degrees every 91.25 days, we receive more warmth on one side of the planet than the other. In June, we have the summer solstice in the northern hemisphere, when we have the most solar energy on our continent, and we have the opposite in December when we receive the least energy. This creates our four seasons.

So in a one-year rotation around the sun, we experience this full cycle. The June solstice creates the longest day of the year for us, a day when we experience the most sunlight. The planet has moved 23.5 degrees since the spring equinox. We are now swinging back the other way. Our hemisphere will remain warm until the fall equinox and will grow cooler as the southern half of the earth receives more solar energy. And then it will happen all over again. This tilt is very, very important to plant and animal life and to migration patterns.

The movement of birds from the north to the south on our continent is controlled by three — food, light and temperature. As birds further north experience a depletion of food supply, they will travel south. As the light of day becomes less and as the temperature begins to fall, other birds will also begin a southern journey. Some birds from the arctic will begin their migration as early as July. Instinctively, they just know when to head this way. Other birds will eventually join the parade. They will use the sun as a compass as well as visual landmarks. Some will use a concept called “magnetoception,” the ability to detect magnetic fields for navigation. (It’s been discovered that some animals have a “catch of prey” rate of about 50%, but when they face north that rate goes to 75-80%!).

So it’s all about the tilt because the tilt determines food supplies, light and temperature. But wait! We forgot about those Swallow Tailed Kites that come here at the hottest time of year! What’s their story?

It’s still about the tilt. These kites migrate here from the south, coming north to Florida. They feed mostly on insects and other flying buffet items. They come here from as far away as Peru and Brazil.

Refresher course! What happens in South America this time of year? You’ve got it! There is less solar energy in the southern hemisphere as the earth tilts so these birds migrate here for food, more light and warmer temps. They will stay here until the fall equinox…again when the earth tilts.

Bob is the owner of Steppingstone Ecotours as well as a Naturalist on the Dolphin Explorer. He is a member of Leadership Marco 2014 and Bob loves his wife very much!