First “A” for Lely High School 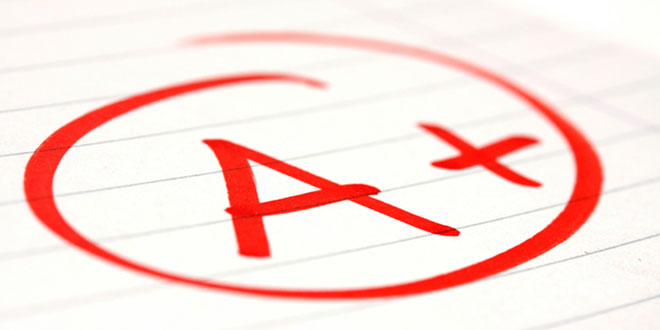 It was announced to students just before winter break. For the first time in its history, Lely achieved an “A” rating from the Florida Department of Education for the 2011-2012 year. The announcement congratulated the students for their hard work and honored the school’s administration.

The Superintendent of Schools, Dr. Kamela Patton said in a press release by the District, “I am so proud of all of our high schools. To see four schools improve their grades – including two improve two letter grades – and five schools maintain their grades, despite all the many changes that raise the bar on student achievement – I couldn’t be happier! It’s a true testament to the hard work of our students, teachers, and school-based administrators. We also want to congratulate Lely High School and Lorenzo Walker Technical High School for earning an ‘A’ for the very first time.” The report released by the DOE did not include charter schools.

This is the third year in a row that high school grades were assigned based on 50% FCAT (student achievement and learning gains) and 50% non-FCAT components. The non-FCAT components include graduation rate of all students and those identified as academically at risk, participation and performance of students in accelerated coursework, and postsecondary readiness of students per a memo from Dr. Patton to Beth Thompson, Chief Instructional Officer for Collier County Public Schools.

The memo continues, “The criteria and formula used for the calculation of FY12 school grades have changed from FY11 and are more stringent; therefore, the two years are not comparable. Some of the major changes in the Non-FCAT components included the weight for acceleration performance (1.25 to 1.50), the readiness denominator (included students in Levels 1 and 2 who graduated), and the graduation and at risk graduation rates (excluded GED and included 5th year graduates among others).

There were changes in the FCAT components, as well. The higher achievement levels were applied to students’ scores in FY12. There were new assessments, including the end-of-course exams and FCAT 2.0 Reading. The FCAT Science was eliminated last year at the high school level and was replaced with the Biology end-of-course exam. Since this was the first year for this exam, the FCAT components reported for school grades did not include science scores.

The FCAT Writing proficiency score was adjusted to a 3.0 level. These significant changes make it difficult to draw conclusions when comparing the school grade results from FY11 to FY12. The Lely High Schools FCAT score for 2011 was 460. The 2012 scores increased to 511. The Non-FCAT component (as mentioned above) scores for 2011 were 633, compared to 569 in 2012. Overall scores of 1093 in 2011 versus 1080 in 2012; as explained above, the numbers should be viewed with caution.