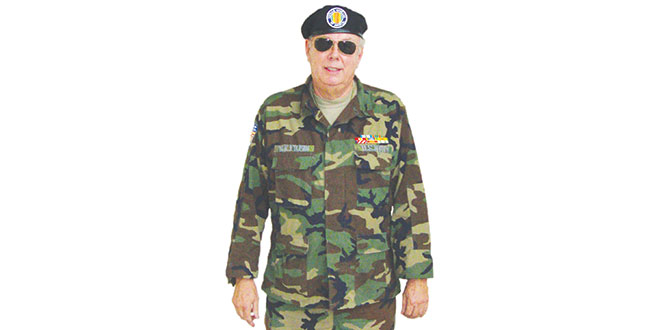 Bill Filbin learned well the lessons of his youth where extending a helping a hand is concerned.

The long-time Marco resident and realtor is well known for his tireless efforts on behalf of Special Olympics Collier County and the St. Matthew’s House homeless shelter and food bank in Naples.

Altruism was both preached and practiced by Filbin’s family during his formative years in Detroit. As a case in point, he cites an act that was a routine part of their post-church visits to his grandmother’s apartment. Those trips invariably included his father, Bill Filbin, Sr., pulling over to help a down on his luck panhandler who was a regular sight along their homeward route.

“My father would give me a quarter and I’d hand it out the window to the man,” said Filbin. “He’d roll the window back up and he’d explain to me that this man was in trouble. I remember in those days, how important that was to me that we did things like that. I don’t think that has ever left me. If I have a dollar, I’ll give part of it to someone else.”

That mindset wasn’t forgotten when he served in Vietnam from 1970 to 1973, first as a U.S. Navy enlisted man and later, as a protocol officer at the U.S. Embassy in Saigon. It was while stationed at a South Vietnamese naval base outside Saigon that the depth of his impulse to help those in distress overwhelmed his military training and even his instinct to survive.

Filbin was a volunteer, both in joining the military and in serving on the ground in Vietnam, where he was part of a small, elite advisory group charged with training South Vietnamese naval personnel.

Petty Officer Third Class Bill Filbin’s duties were largely non-combative duties and away from the frontlines, but a certain element of stress and danger is inherent in a war zone, he said. The Viet Cong could be anywhere – intermixed with a crowd of civilians or secreted away with a sniper rifle in hopes of picking off an officer. As a precaution, the advisory group wore no rank insignias and traveled in unmarked Jeeps.

“You would take different paths every day,” Filbin said of venturing into a village near the base. “I mean, there were Americans who disappeared in villages. You were in a war zone. You had to be careful. You didn’t want to stop your Jeep. You didn’t stop at red lights. Traffic jams, you would try to scoot around them. You tried to keep moving, as an American because not everybody (in South Vietnam) was pro-American. There were a lot of people who didn’t like us.”

On Aug. 22, 1970, Filbin hopped in a Jeep for a trip through a village to the Ben Hoa naval base where there was a commissary. His mission: to pick up lunch for his shipmates. As he drove, he saw a South Vietnamese Army truck strike a young boyriding a small motorcycle, driving over his left arm and leg, and continuing on its way without stopping.

Despite the instruction he received at the U.S. military’s SERE (Survival, Evasion, Resistance and Escape) School, where trainees are taught to avoid situations 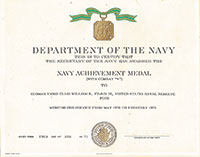 where they could get in trouble or be captured or killed, Filbin felt the tug of the training he’d received from his family.

He ran to the victim, who had blood gushing from compound fractures of both his arm and leg. Seeing that, Filbin ripped off his uniform shirt and tore it into strips to use as tourniquets, in hopes of preventing the young boy from bleeding to death.

As he knelt by the injured man, Filbin also quickly tucked the two .45s that he wore in holsters, cowboy style, in between his thighs, as a safety measure.

By that time, a crowd of 50 to 60 villagers had gathered. Seeing only the Jeep and a foreigner there, their angry shouts quickly turned into violence.

“They knocked off my beret and now they know that I’m an American,” said Filbin. “They started attacking me because they saw a Jeep next to a wounded boy and a motor scooter lying in a dirt street. They thought I had done it. The crowd got bigger and bigger and they kept hitting me in the back and the head with whatever they had – sticks, stones. But my adrenaline was pumping so high that I just kept working on this kid, hoping I could stop the bleeding.”

Everything moved at warp speed in a chaotic situation that left him questioning, for a split second, why he had stopped and whether that decision would be a fatal one.

Filbin said the rapidly escalating danger was defused when two Vietnamese policemen arrived and tossed tear gas grenades near him and the crowd. The noxious fumes affected his vision, but Filbin maintained the pressure on the tourniquets as the policeman approached him.

He helped the policemen carry the injured and unconscious young boy to their Jeep, before they drove off, leaving Filbin to his own devices. With that, the crowd that had begun to disperse began re-forming. So he ran to his Jeep, hopped in and sped away, his vision fogged by the young boy’s blood and tear gas.

“I looked like had been wounded because I had blood all over my face (from rubbing his eyes due to the tear gas), all over my body,” said Filbin.

Upon arriving at the naval base, he blew through the guard station without stopping because he was unsure of how badly he’d been injured. Base personnel then took him to the infirmary, where his wounds were treated and he was kept overnight for observation.

When Filbin arrived at his office the next day, his commanding officer instructed him to file an incident report. After reading it, the officer said he was going to recommend him for a lifesaving medal.

At that point, the identity and condition of the youth, whom Filbin placed at about 14 years old, were unknown.

Roughly one week later, Filbin’s commander informed him that the higher-ups had weighed in on the incident.

“I’m sorry to tell you this, but the brass aren’t going to give you a medal,” he recalls the commander saying. “They should have given you a reprimand because you never should have

Bill used this jeep as his regular transportation. courtesy photos

stopped. You almost got killed and it would have caused an incident. You should have driven by. I said, ‘I’m sorry, that’s not in my makeup to drive by somebody who’s lying in the street. Nobody else came up to help.’ So I basically forgot about it (the medal).”

“This (well dressed) man introduced himself and said, ‘The young boy that you saved was my son and I work for the Vietnamese government. I want to make sure we thank you,’ ” said Filbin. ‘What are they (the U.S. Navy) doing to show their appreciation?’ ”

Filbin said his commander promised the man that the U.S. Navy was going to recognize his lifesaving efforts.

Ironically, it was the tourniquets that enabled the South Vietnamese officials to track him down. One of the strips of fabric was emblazoned with “W.R. Filbin” on a U.S. Navy nametag,

In the end, he received a commendation for outstanding performance of duty from Vice Admiral J.H. King, Jr., commander of U.S. Navy forces in Vietnam. The award recognizes Filbin for actions that “were highly commendable and were in keeping with the highest traditions of the United States Navel Service.”

A framed copy of Admiral King’s letter has occupied a space on a wall in Filbin’s home for the last 44 years, yellowing with the passage time. Aside from the occasional visitor noticing it and asking for an explanation, he hasn’t discussed the incident with many people.

Filbin’s openness about the commendation and what occurred that day are motivated by two factors.

“When Vietnam Vets came home, no-one wanted to talk to us about the war or our experiences for many years, not even my family or close friends,” he said. “As time as gone by, I have noticed people are more curious and talking to us vets more and I have been a little more open about my experiences over there.”

Filbin’s strong humanitarian streak has also left him alarmed at the recent spate of hit-and-run accidents involving motorists and pedestrians, or bicyclists in Collier and Lee counties.

“I started thinking about that and wondered ‘how could somebody do that,’ ” he said. “I think it subconsciously moved me to do this. I just want to let people know they shouldn’t do that (fail to help an injured person).”

Despite the passage of time, he hasn’t stopped thinking about the severely injured young boy he stopped to help, putting his own physical well being at risk.

“I would love to know how his life turned out, but there’s no way to know that,” said Filbin.