Fall in Love with “Love Letters” 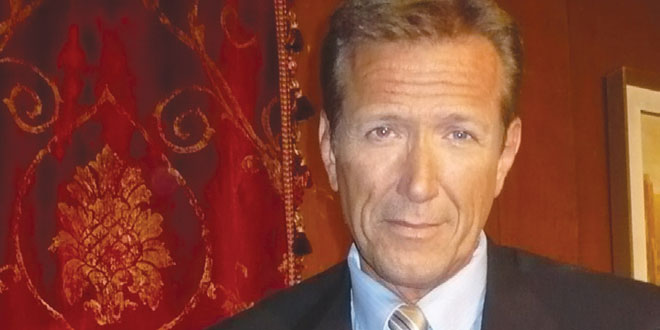 The Island Theater Company’s recent production was such a big hit, they’re having an encore. The show, A. R. Gurney’s Love Letters, stars Kat Gravatt and Walt Willey, and will be returning to the Rose History Auditorium March 14th through March 17th, tickets at $25.

Love Letters, a Pulitzer Prize-nominated show, is a story of a 50-year romance between Andrew Makepeace Ladd III, played by Walt, and his friend Melissa Gardner, portrayed by Kat. The couple are opposites in personality and demeanor, but they write to each other despite the differences, beginning with thank you notes and postcards. Their writing progresses as they grow older, becoming sources of love and comfort despite both being married to other people. A bittersweet tale, the play celebrates the art of letter writing in a world of technology.

Pat Berry, director of the Island Theater Company, saw how the play affected the audience; the way people connected. She believes the show speaks to them through special moments such as when the characters discuss their letter and a man in the audience reaches over to grasp his wife’s hand, or when a couple discusses where their own love letters to each other are during the intermission. The show communicates to the basic emotions of people, and the nostalgia of days gone by and letters collected in drawers to be re-read.

Walt Willey, the play’s male protagonist, has been in numerous off-Broadway productions, and played lawyer Jackson Montgomery on All My Children from 1987 through 2011. So what drew the professional to this show? “I’d seen Love Letters a few times, with pros and in community theatre, and always thought it was a great show; unique, touching, and on-target as to the ‘love across the years’ theme,” he explains. “As an actor, the role of Andrew Makepeace Ladd, III spoke to me in a unique way. One of my fondest memories is poring over 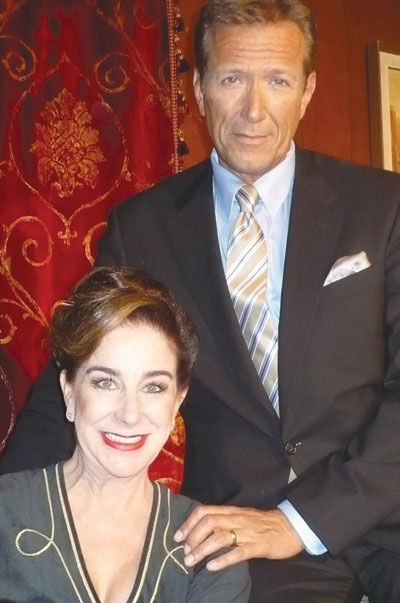 my parents’ correspondence when my father was away playing baseball for the St. Louis Cardinal’s farm team and when he was in the Pacific in World War II. The depth of their love was so apparent, so eloquent – I’ve never forgotten that experience.” He continues to say that the role of Andy paralleled that of his All My Children character, which he played for almost 25 years.

Kat Gravatt, the show’s other star, has a Master’s in acting, and has appeared in many local productions, though this is her first production with the Island Theater Company. She was delighted to learn that Love Letters was doing an encore presentation, and found the play charming. She was drawn to it first for the opportunity to work with Walt, and then enchanted with how the play shows how, “eloquently clear how much [the characters] really meant, and gave to, each other over the years—physically apart, perhaps, but spiritually as close as only true lovers can be.” She felt that she and Walt were able to, “establish believable tragic characters,” and had instant chemistry, which audiences agreed with.

And, thus, an encore performance. Tickets are available at the Rose History Auditorium for $25, and all are welcome to come, watch, and fall in love with love, romance and Love Letters. As Walt puts it, “Love Letters is simple and heartfelt. It hearkens back to a time when love was made with the considered choice of words, with eloquence – not banged out in a badly spelled text message or a three-minute phone call or curt voicemail – and folks raced to their mailbox with great anticipation that a letter from their loved one would be waiting for them. And I remember Mom re-reading that cherished correspondence years after Dad was gone, tears streaming down her smiling face. Now that’s romantic!”

So fall in love all over again, with Kat and Walt leading the way, and maybe write some Love Letters of your own.