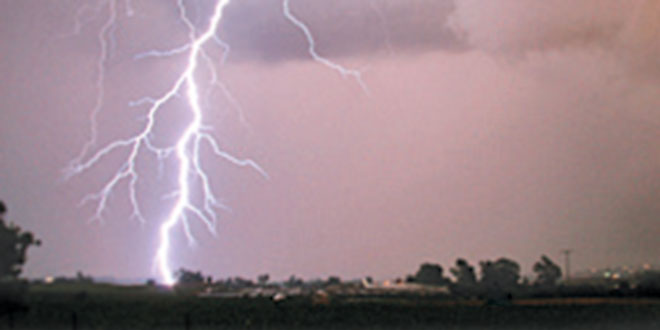 It’s that time of year again — peak time for thunderstorms and lightning strikes — and living in the lightning strike capital of the United States, it is important for Floridians to know fact from fiction when it comes lightning.

Recently, Coastal Breeze News sat down with Mark Huber, head of safety for J2 Engineering and Construction, to separate the facts from the myths about lightning. According to Huber, an average of 60 people are killed each year by lightning in the U.S., and hundreds more are severely injured. Often, these injuries and deaths are due to misinformation around the seriousness of thunderstorms and lightning.

Below you’ll find the truth behind seven common myths about lightning:

Fiction: If it is not raining, then there is no danger from lightning.

Fact: Lightning often strikes outside of heavy rain and may occur as far as 10 miles away from any rainfall. This is especially true in the western United States where thunderstorms sometimes produce very little rain.

Fiction: The rubber soles of shoes or rubber tires on a car will protect you from being struck by lightning.

Fact: Rubber-soled shoes and rubber tires provide NO protection from lightning. The steel frame of a hard-topped vehicle provides increased protection if you are not touching metal. Although you may be injured if lightning strikes your car, you are much safer inside a vehicle than outside.

Fact: “Heat lightning” is a term used to describe lightning from a thunderstorm too far away for the thunder to be heard.

Fiction: If it’s not raining or there aren’t clouds overhead, you are safe from lightning.

Fiction: A lightning victim is electrified. If you touch them, you’ll be electrocuted.

Fact: The human body does not store electricity. It is perfectly safe to touch a lightning victim to give them first aid. This is the most chilling of lightning myths. Imagine if someone died because people were afraid to give CPR. Call 9-1-1, and begin CPR immediately if the person has stopped breathing. Use an Automatic External Defibrillator if one is available. Contact your local American Red Cross chapter for information on CPR and first aid classes.

Fiction: If outside in a thunderstorm, you should seek shelter under a tree to stay dry.

Fact: Being underneath a tree is the second leading cause of lightning casualties. Better to get wet than fried!

Fiction: If you are in a house, you are 100 precent safe from lightning.

Fact: A house is a safe place to be during a thunderstorm as long as you avoid anything that conducts electricity. This means staying off corded phones, electrical appliances, wires, TV cables, computers, plumbing, metal doors and windows. Windows are hazardous for two reasons. First, wind generated during a thunderstorm can blow objects into the window, breaking it and causing glass to shatter, and second, in older homes in rare instances, lightning can come in cracks in the sides of windows.

Fiction: If thunderstorms threaten while you are outside playing a game, it is okay to finish it before seeking shelter.

Fact: Many lightning casualties occur because people do not seek shelter soon enough. No game is worth death or lifelong injuries. Seek proper shelter immediately if you hear thunder. Adults are responsible for the safety of children.

Fiction: If trapped outside and lightning is about to strike, I should lie flat on the ground.

Fact: Lying flat increases your chance of being affected by potentially deadly ground current. If you are caught outside in a thunderstorm, keep moving toward a safe shelter.