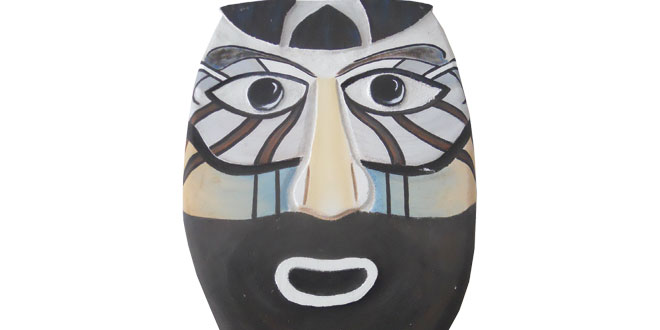 Goodland’s Community Center on Mango Avenue used to be home to our Volunteer Fire Department and before that, who knows? It sits on land once occupied by Calusa Indians who were known as shell collectors and fierce warriors. And that’s a fact!

These Calusas were fishermen who lived on the waterways of Southwest Florida for years. They died out in the late 1700 hundreds due to disease brought by the Europeans and invading enemy tribes. Incidentally, the Spanish explorers found these Indians to be very unfriendly and I think we would have too! Just look at one of their ceremonial masks. Isn’t that enough to scare you?

They left their mark because they used shells for tools, utensils, jewelry and shrine ornaments. They discarded leftovers into huge heaps which 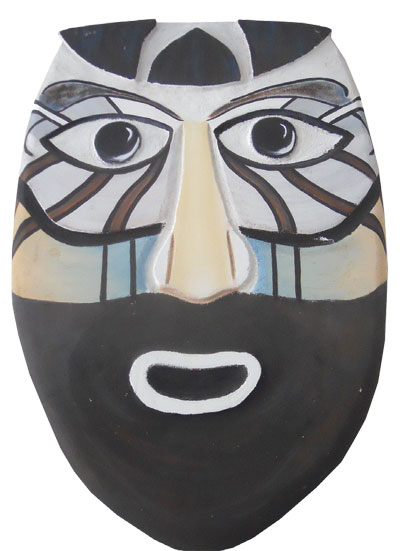 became shell mounds and to this day one can still find some artifacts from that long ago civilization.

Let’s move on to some modern day facts: When the Fire Department moved to Marco Island, the Goodlanders acquired the building and over time they have renovated, cleaned, repaired and decorated it. It is now used for Goodland Civic Association meetings and various other functions throughout the year. Many residents of Goodland were involved in bringing the building back to the point where we could use it. This happened primarily before I came to Goodland, but I know it was a lot of work and many hours were spent putting in air conditioning, the kitchen and bath and just making it a usable space for all to enjoy. In addition, 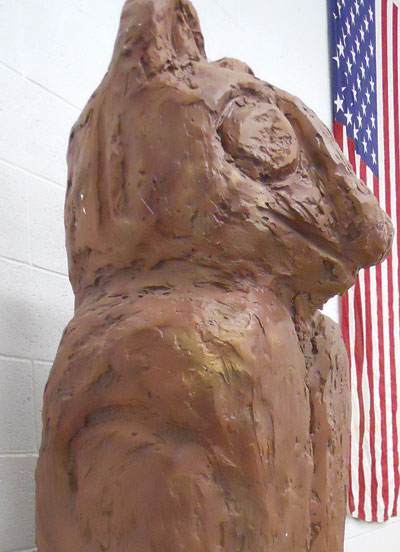 some of our resident artists enthusiastically recreated some Calusa artifacts to add a unique cultural atmosphere to our Community Center.

Hanging on the walls are several hand painted tribal masks and we even have a Key Marco Cat! Ours is quite big, but the original, likely carved by the Calusa Indians, is a six-inch high wooden sculpture made from Florida Buttonwood. It is housed in the Smithsonian in Washington D.C. and is thought to have been a spiritual icon of the Calusa tribe.

Now for a crazy fact: One of our Goodland artists, Evelyn Cook, not only painted our ceremonial masks, but to go along with that, she painted her interpretation of a Goodland Cat. Check it out. What would the Calusas think of that? 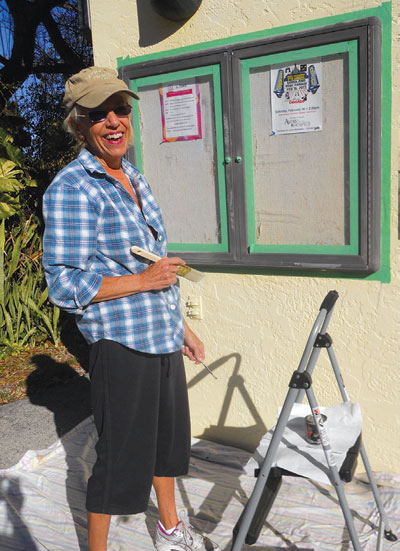 had a great twenty-first century idea. “Let’s change a few things inside here and outside too.” M.J. is an expert seamstress and is always involved in interesting projects. She painted the frame of our outside display case and lined it inside with sunbrella fabric. She, Jane Ann Smith and several other ladies pitched in and decorated the inside of the building with new window treatments and a colorful table skirt to go around the front table. I like to think of these improvements as modern day artifacts!

Here’s my final fact: While we respect our past, we are enjoying our present day use of our Community Center and look forward to more in the future. Functions there definitely enhance friendships and benefit the community as a whole. We appreciate it and we love it.