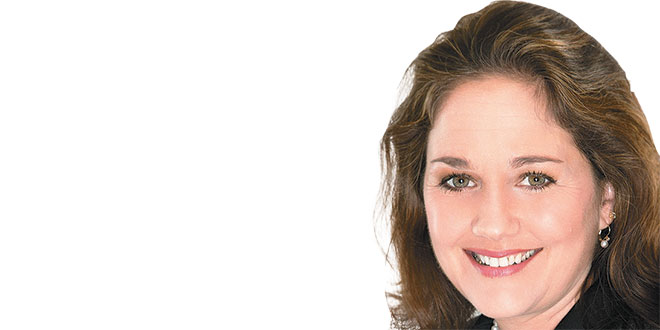 Efforts to prevent domestic violence have been focused recently on educating boys and men.

Coastal Breeze News learned that a group from the Island Country Club met with Linda Oberhaus, the executive director of The Shelter for Abused Women and Children to help educate and raise awareness among Marco Island men about the problems of domestic violence and the work of The Shelter. Many of the men were unaware of the degree of domestic violence that exists locally.

To learn how men can help end the problem of domestic violence, Coastal Breeze News contacted Linda Oberhaus directly and asked her.

Changing patterns and raising awareness of domestic abuse lies largely in the hands of men themselves. Silence, as too long demonstrated by the NFL, is a form of consent. We need to break the silence and we need more men willing to step forward as allies in our efforts to end violence and abuse.

In 2008, an all-male group of Shelter supporters did just that by establishing Gentle’men Against Domestic Violence®. Inspired by The Shelter’s groundbreaking school-based program, Raising Gentle’men, these role models provide funding and support to stop the generational cycle of abuse.

Last year, Raising Gentle’men was presented to 3,416 young men in local middle and high schools, challenging their beliefs about men, women and their roles in society. Traditional stereotypes of men as controlling, aggressive and gaining power through violence are replaced with truths that men can be gentle, compassionate and kind without risking their ‘manhood.’

The Shelter is proud of these highly recognized community leaders who have stepped forward to take ownership of this issue to positively impact the lives of our mothers, daughters, sisters, and loved ones who are routinely impacted by gender violence.

“The Raising Gentle’men program will have the longest running effect on reducing domestic violence in our community,” explains GADV founding member Jim Jessee. “Bringing this concept to men and boys who are most likely to be involved in an incident of domestic violence is attacking the problem at the grassroots level. We must continue to expand this program.”

If you are a gentle’man who wants to help prevent, protect and prevail over domestic violence in your community, call me at 239-775-3862. Change begins with you.

What are the signs of abuse?

Signs to look for in an abuser include excessive jealousy, constant checking in, isolating the victim from friends and/or family, controlling behavior, name calling, explosive temper, and refusal to take responsibility and blaming others for his/her actions. They may also:

Constantly put down their partners/victims

Do all of the talking and dominate the conversation

Check up on survivors all the time, even at work

Isolate their partner/victim from family and friends

Blame their partner/victim for ruining their lives

Show little respect for the law

Signs that a person may be a victim of domestic abuse include physical injury (often hidden by clothing), changes in mood or personality, emotional outbursts, and isolation. They may also:

Act nervous when the abusers is present

Miss work and are sick more often than normal

Use drugs or alcohol to cope

It was 2 AM. Jennifer awoke to Jay’s demand that she make him a sandwich. When she told him she was tired, he pulled her off the bed by her legs, climbed on top of her and began punching her in the face and arms. Nearby in his crib, their three-month-old son awoke to the screams and began to cry. Jennifer struggled free, grabbed the baby and ran outside. A neighbor heard her cries for help and ran out to see what was happening. Jay grabbed Jennifer by the hair and pulled her back into the house. He threw her on the couch and told her if she ever ran from him again, he would kill her. To drive the point home, he grabbed their cat by the neck and cut the terrified pet with a kitchen knife. He had Jennifer pinned against the wall when sheriff’s deputies arrived. Jay was arrested. Officers told Jennifer about The Shelter and she arrived hours later with her baby, her cat and a bag of clothes.

At The Shelter, Jennifer received counseling and legal assistance. A judge granted her a 10-year injunction for protection. She and her son began to heal. Today she is piecing her life back together.

Although the names were changed, Jennifer’s story is true. She is one of thousands of survivors served by The Shelter since it began in 1989. Jennifer is among the one in four American women who suffer physical violence at the hands of spouses, intimate partners or family members during her lifetime. That’s more women than are affected by breast cancer, ovarian cancer and lung cancer combined.

The Shelter calls on every Collier County resident to take a stand of support for countless victims and survivors like Jennifer, their children and families, their friends and their communities–impacted by domestic violence.

Although The Shelter is probably best known for providing protection, it is but one leg of our three-pronged mission – To Prevent. To Protect. To Prevail.

Prevention is the key to social change. It begins at home, at school and in the work place. In partnership with Collier County Public Schools, The Shelter seeks to prevent domestic violence before it even begins. Young children receive the message that “Hands are for Helping, Not for Hitting.” Teens learn to recognize unhealthy relationships and early signs of abuse. Through the Raising Gentle’men program, young men and boys challenge traditional male stereotypes of aggression and control. The Shelter’s community and professional education programs provide employers, medical personnel, and first responders with the tools needed to recognize and provide assistance when they suspect abuse.

Assistance is a phone call away. If you or someone you know is impacted by domestic violence, call The Shelter’s crisis line at 239-775-1101. If you want to learn how you can take a stand, call 239-775-3862 or go online to www.naplesshelter.org.