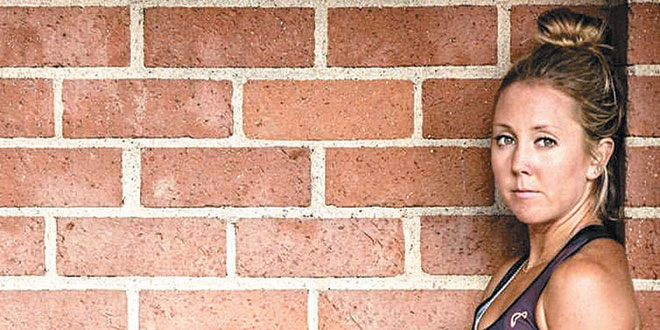 Since she was five years old, Lauren Embree has played tennis, smashing her way to her dream of playing professionally.

At 25 she is stepping back, looking to see what else her life will hold. “I wasn’t enjoying the experience, my heart wasn’t in it anymore,” she said.

In her two years of professional tennis it wasn’t like high school or college. She won a bit more than she lost. It was a bumpy road, yet she fought through it mentally.

On tour, she played in about 25 tournaments a year. She was constantly on the road, in the states and other countries.

“Being constantly on the road was difficult, particularly after a loss,” she said. “It was something you had to accept and learn to embrace,” she said. Conditioning was not a problem. She had learned through her Junior tennis days, and at the University of Florida, what it took to reach another level.

Embree was welcomed with open arms at Florida.

She brought outstanding credentials as a top Junior player and Florida High School Athletic Association Class 2A state tennis singles and doubles champion. She earned those titles while playing 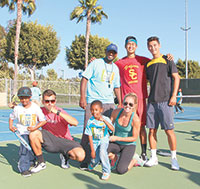 her sophomore year at Lely High School. That summer she played as a wild card entry in the U.S. Open.

Her active Junior tennis play caused her to miss her last two years of Lely tennis.

She led Florida to two NCAA tennis titles, ending her college career as the NCAA Player of the Year.

The professional game was a contrast from college play.

“There is not a lot of difference from being ranked 150 to 250,” Embree said. “It’s just the small differences, everybody hits the ball well.”

Embree knows she made the right decision to retire.

She earned a bachelor’s degree in sports management and looks forward to using the degree in some manner.

“Sports has been a big part of my life. I expect I will do something involving sports,” she said. Embree lives in Santa Monica, teaching tennis, and she travels to Carson, teaching tennis to underprivileged children.

With her tenacity her future is bright.

Through the years she has remained very close to her family and friends. She still has the same cell phone number and cheery message to all who call.

And how many of her friends can say they are in Wikipedia?