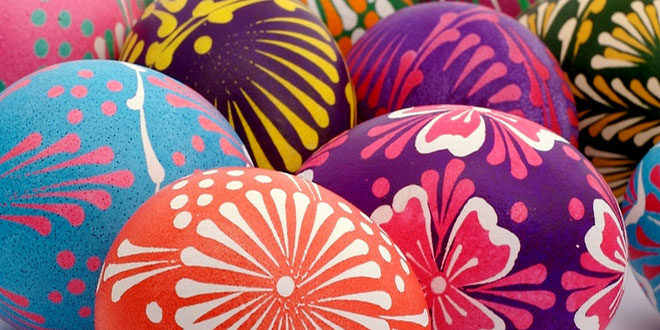 This year, Easter is on Sunday, March 31. Take any festival and you will find that its roots can be traced back to religious history. It is no surprise that the many festivals that we celebrate across the world have been spawned by significant events in history. These important events have etched an indelible impression on the minds of people who felt the need to commemorate.Thus, a slew of celebrations came into existence. The history of Easter is no different. It is one of the oldest and the holiest of festivals for the Christians. It is a day revered by the people who celebrate it.

Easter has also become a family day of gathering, dining together, having Easter egg hunts, wearing bonnets and enjoying all the wonders of Spring.

Below is some interesting trivia associated with Easter:

This year, 90 million chocolate Easter bunnies and 16 billion jelly beans will be manufactured. Every day, five million marshmallow chicks and bunnies are made to welcome spring. According to the National Confectioners Association, 76% of people eat the ears off of their chocolate bunnies first—how about you?

Happy Easter to you and your Family…. from your Mangos’s Family.