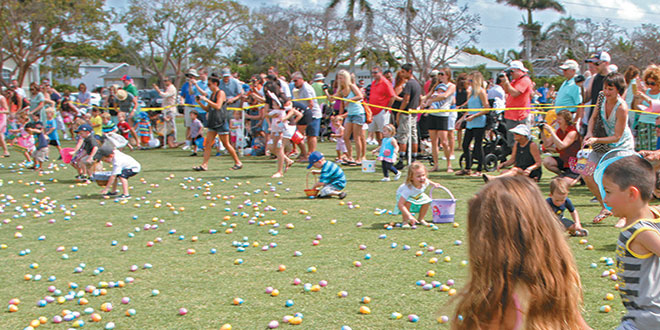 There was so much excitement at Mackle Park for the Easter Bunny’s party of the year, the Spring Jubilee. It was eggsactly as you’d expect! Hundreds of children and parents laughing, giggling, having fun and yes, an Easter egg hunt to end all Easter egg hunts. Lola Dial, recreation manager for the City of Marco Island, said 20,000 eggs were spread out on

the Mackle Park field, roped into four age categories. Members of the Marco Island Senior Softball League guarded the eggs to be sure none disappeared while families played games, bounced on inflatables, made crafts, rode a train around the lake, colored a mural, pet an alligator, tortoise, or other animals. Entertainment including hula-hoop and limbo contests by Mobile Sound Entertainment. Concessions were provided by the Optimist Club of Marco Island. There were sailing excursions around 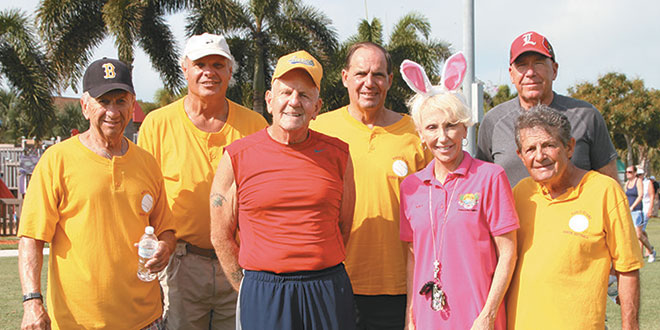 the lake provided by the Marco Island Community Sailing Center. At 11:30, the Easter egg hunt countdown was given by City Manager, Roger Hernstadt. At 11:30 and 25 seconds, every one of the 20,000 eggs was claimed! The City of Marco Island puts on this premiere event annually. In an interview with the Easter Bunny, he said the planning and egg gathering for the 2017 Spring Jubilee was already underway.