Doggone it! I Want to Live the Life of a Labradoodle 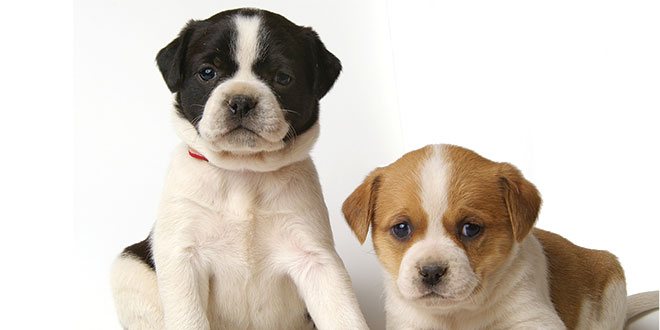 Have you noticed how dogs are taking over the world? No kidding! They are on morning TV news shows, shopping for bargains at TJ Max (in strollers, no less), and boosting the nation’s economy by licking their owners into buying them wardrobes, jeweled collars and sleep number beds.

Not long ago, it was acceptable for a non-working canine (house-dog) to live in a fenced-in yard, sleep in a pre-fab dog house and eat crunchy bits from a 50-pound bag of warehouse-brand chow. The stereotypical dog — let’s call him Spot — would entertain himself by digging holes, lazing in the sun and chasing squirrels all day while his master worked to bring home the bacon. Poor neglected Spot!

If he were around today, Spot’s name would be Oz, and he would be dropped off at doggy day care on his master’s way to work. His day would be a whirlwind of activity and include canine calisthenics, pool Zumba, a freshly prepared vegan snack, bottled water and an afternoon nap and massage.

The Lassies and Rin-Tin-Tins of yesteryear must be howling from doggy heaven over the treatment of today’s pedigrees and mutts.

Lassie: “All I had to play with was a big stick and a boy named Timmy. We’d run around the farm all day until we ran into danger and then I would take off and get help. Remember when I barked-down that mountain lion, Rinny? Today’s pups are so pampered, they would faint if a fat cat crossed their path.”

Rin-Tin-Tin: “Yeah, my life was work, work, work; nothing like being a German Shepherd in this century. Sure these guys work, but they have important high-level jobs in security, defense, health care and more. I wish I could come back as a guard dog in Beverly Hills.”

I love my dog Trapper, who is of course, a rescue dog, which is now the politically correct way to obtain a forever-friend. I wouldn’t trade him for anything — even a horse.

But sometimes, I feel like he is totally underprivileged compared to his pals. He only has an old futon to sleep on, and I still buy him plain, dry food. Of course, he gets his annual shots and check-ups, but when I am at work toiling away to bring home the quinoa and kale, he’s home alone, lolling about the house.

Trapper gets four walks a day, playtime, and lots of love and tummy-rubs, but somehow, I feel like he’s missing out on opportunities to socialize. He’s a loner; albeit a happy one. He watches “Top Dog” on Saturdays, Seinfeld re-runs on weeknights, and I always him read the daily headlines. Trapper gets safe-to-chew bones, baths, head pats and an occasional hunk of beef.

Come to think of it, not too shabby a life for a 70-pound muttster or a caring female dog owner. God bless dogs, their owners and the Puppy Bowl.