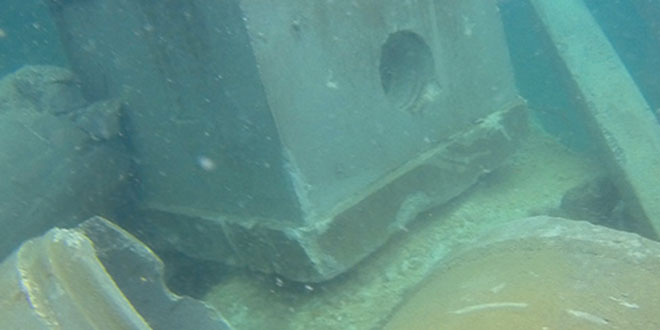 Thirty-six new artificial reefs, each comprised of 500 tons of concrete, were deployed in six offshore locations near Naples and Marco Island in Collier County, Florida over the past year. During deployment missions and in the months afterward, Pure Image Productions of Naples was stationed with cameras on boats and underwater to record not only the sinking of the new reef structures, but the ensuing growth of new reef ecosystems.

The result is a 56-minute documentary called Paradise Reef: The World is Watching that showcases not only the development of life on and around the underwater reef structures, but also the beauty of the Southwest Florida environment. The documentary gets its Florida television debut at 8 p.m. Thursday, June 30 on WGCU-TV (TV channel 30.1; cable channels 3 and 440; DirecTV channel 30).

Documentary producers are working with programming officials at WGCU-TV to get information about the program out to other PBS/APT (American Public Television) stations.

The reef project was accomplished by a joint effort between Collier County and the Cities of Naples and Marco Island along with the Florida Fish and Wildlife Conservation Commission, the U.S. Army Corps of Engineers and the National Oceanic and Atmospheric Administration.

Funding for the concrete and deployment came from a grant received from BP’s Gulf Tourism and Seafood Promotional Fund and from private donations. Reimbursement funding for the Paradise Reef: The World is Watching documentary is provided by the Naples, Marco Island, Everglades Convention and Visitors Bureau through the Collier County tourist development tax.