Do you know how to make 2nd Set adjustments? 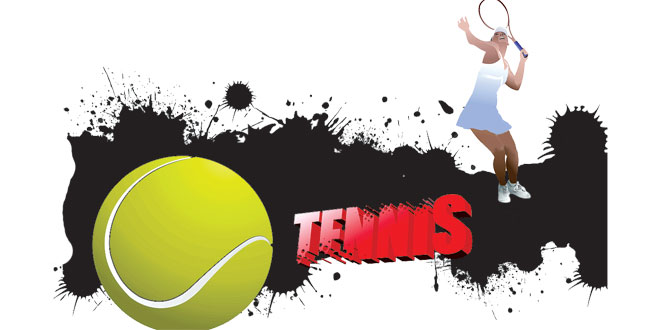 Nothing was more apparent last week during the big tennis exhibition showdown at Hideaway Beach than when veteran Franco Mata continually made strategic changes to confuse his young opponent and dominate the second set. In particular, he altered his speeds and placements and thus disrupted his foe’s tempo. As we delve into future CTA/USTA league doubles matches, players must be ready to completely change their game plan if the first set goes awry.

Clearly, one of my favorite doubles strategies is to change return of serve positions. Why? This radical modification is obvious to the opposition and it just might get into their heads and for a moment, make them less confident. Furthermore, when a doubles team has the gumption to vary their return alignment, it might wake up the team and produce better results. Not only is it wise to change returning sides with your partner but it may be prudent to move your partner to the baseline with you. Once again, this slight modification will make your serving opponents pause for a moment to huddle up and stay with their current plan or possibly change their strategy.

One of the best deliberate plays is to lob every single return so the baseline team will completely change the flow of the match. In short order, this creative team has primarily made cosmetic alterations but it should help this team grow stronger mentally. Winners keep competing; the willingness to change could propel their team to win the second set.

As we analyze the serving team duties, if the serve and volley approach is not working, be prepared to stay at the baseline to defend. In other words, if the returning team has solid service returns, abandoning the net will drastically change the outcome of the game. By serving and staying in the backcourt, the return team could become confused. Why? When a person employs the serve and volley tactic, the serving team is offering a distinct target and many top players prefer a target.

The moment the serving team chooses not to rush the net, the returning team may be tentative or at least, less decisive. If the points were too fast, it is not a bad idea to bail out and lob ball after ball to irritate your rivals.

Another alteration to consider is where to place your groundstrokes or volleys when facing two players hanging on to the net. The conservative theory is to rip the ball down the middle as the net is at its lowest point and if one miss-hits the stroke, it may stay in the court. My plan is to try to stretch the court and aim for the alleys with either a solid “groundie” or volley. Without a doubt, one must possess a high-level of confidence for one to hit their shots into a smaller area. But, if the other team is controlling the match, one must make big tactical changes or you will lose quickly.

Finally, it is important to explain the effectiveness of changing speeds. Unless your rival is literally on fire with his huge groundstrokes, most opponents will solve this puzzle. Therefore an important trick is to add a little “rope a dope” (boxer Mohammed Ali employed this sneaky strategy against a younger more powerful George Foreman) to see if the foe can handle the slow and less rhythmic pace. This is achieved with lobs and soft angles. Often, the younger, more immature foe loses their cool as they believe this slower hitting is “not really tennis.” Be prepared to employ an array of different shot-making because one never knows which plan will stick. If we go into a match with only one plan, we are letting our opponents off the hook.

Who is your pick to win the Australian Open? Let’s go with the ridiculously obvious women’s pick: Serena Williams. Now, the men’s field is much more complicated even though Nadal is out with an injury. My pick: Novak Djokovic. Let me know who you are picking. Good luck.

Doug Browne is the Hideaway Beach Tennis Director and the new Collier County USPTA Pro of the Year.  Additionally, Doug has been the International Hall of Fame Director of Tennis this past summer.  Doug has been writing his tennis column for the past fifteen years and welcomes your feedback.