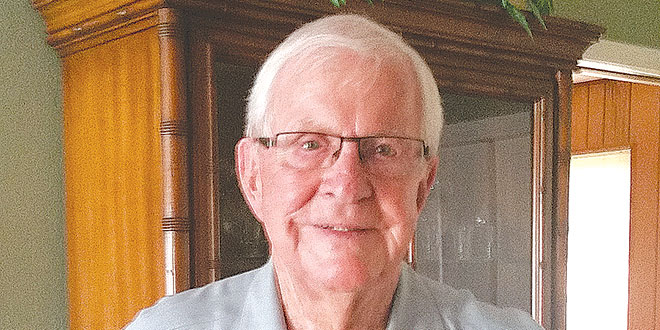 It would be hard to top the community involvement of Dick Shanahan.

The long-time Marco resident has been part of virtually every civic and fraternal organization to be found on the island, often serving as president — in some cases, multiple times.

However, the presidency of the Marco Island Chamber of Commerce had been one job he has not held, at least until now. Shanahan will be sworn in as the organization’s president for 2015 at its annual installation dinner, set for Jan. 18 at the Hideaway Country Club.

“My goals are to continue the growth pattern our previous leadership has established,” said Shanahan, who is a realtor with Berkshire Hathaway Florida Realty’s Marco office. He said the chamber added 60 new members in 2013, a total exceeded last year. “My goal further is to provide the kind of services, education opportunities and special events that can help our business community grow,” he added.

Shanahan was recommended for the job by the chamber’s Executive Committee, an endorsement that was ratified by its Board of Directors. His predecessor was Jacquie Koon, who, along with her husband Curt, owns and operates CJ’s on the Bay in the Esplanade Shoppes.

Sandi Reidemann, the chamber’s executive director, described Shanahan as an excellent choice for the position. “Mr. Shanahan brings with him a wealth of knowledge and experience which will be very helpful to the chamber and its members,” she said. “His city and community involvement will be invaluable to our members. We look forward to continue to grow in 2015 under his leadership.”

Born and raised in Chicago, Shanahan received a marketing degree from Quincy University in Quincy, Ill.

He has had a home on Marco since 1979. He was a part-time resident in 1988, when he retired as vice president of an automotive parts manufacturer.

It was friends who had the franchise for selling lots for the Deltona Corp, Marco’s original developer, who introduced him to the island. “They brought me to Marco and showed me Marco and like everybody else, I fell in love,” he said.

Over the years, he has made community involvement a priority as member of Marco Island Sunrise Rotary Club, the Marco Police Foundation, the San Marco Knights of Columbus, the Marco Island Area Association of Realtors and a host of other organizations.

Shanahan was also a Collier County commissioner from 1988 to 1992 and is a past chairman of the city’s Planning Board. The Naples Daily News “Citizen of the Year award for 2001,” “Rotarian of the Year,” The Marco Island Area Association of Realtors “Realtor of the Year” and the chamber’s “Lifetime Achievement Award” are just a few of the honors he has garnered along the way.

His civic involvement has been such that some people assume he has served as chamber president in the past. The reason for that misconception is simple, said Shanahan. “I’ve been the president of every organization on the island that you can name. Everybody thinks that includes the chamber because I’ve been extensively involved with the chamber for 15 or 20 years.”

Shanahan finds volunteer service rewarding because he is helping to provide services and opportunities to people.

“When I worked, all I did was work,” he said. “When I finished working and retired, this appealed to me a great deal and that’s why I’m into it. Obviously, I don’t consider it work. I enjoy every day I’m involved and would do it again if I had the opportunity.”