Diamonds…what’s the hype all about? 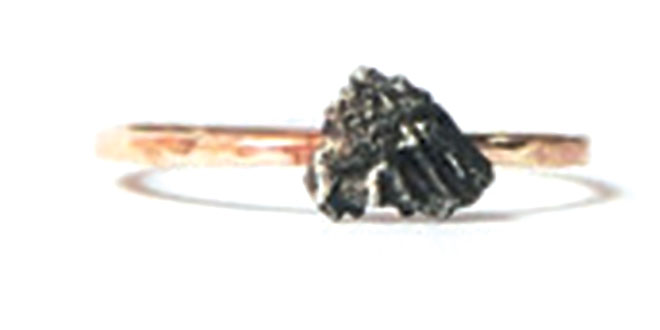 I remember the time I overheard a soon-to-be-engaged gentleman mumbling under his breath while one of my sales staff was gift wrapping his diamond engagement ring purchase. “Why can’t my lady be satisfied with a small chip of granite?” I laughed, and said try presenting his love with a granite and gold engagement ring and see how he makes out.

But honestly, diamonds are one of the few small things that can cost as little as $20 to an outrageous $12 million or more, and still be worn on a lady’s finger.

I have been around diamonds my whole life, only just the finished product; I have never been involved in the mining or cutting, although it’s all very fascinating. Believe me you just can’t waltz into a diamond mining facility and say, “what’s up?” without being mauled by guard dogs or shredded by automatic gunfire. Same goes for diamond cutting facilities without prior permission. They are not about to reveal their centuries old cutting secrets to just anyone who’s curious. It’s kind of a tough business to get into and I have yet to see Diamond Cutting 101 courses in any U.S. colleges.

I was immersed in the wholesale/retail side of the diamond business. I dealt with direct and indirect suppliers from Holland, Belgium and Israel. The Israelis, by the way, dominate the diamond business, both here in the U.S. and the world beyond that seems to include nearby circling planets. It’s a tough commute, but they are usually home in time to celebrate the holidays!

But seriously, I learned a lot from the Hasidic Jewish diamond dealers from New York who came directly from the cutters and dealers from their homeland. The wheeling and dealing that goes on during the purchase of wholesale diamonds can take seconds or agonizing hours on even one single diamond.

I was a very young man (Who am I kidding? I was a kid!) when I became involved in buying, and then selling very expensive faceted pieces of carbon. I sold my first pair of diamond studs at age twelve, for $500! I was at my uncle’s side during diamond bartering (aka haggling) taking it all in, their mannerisms, techniques, and especially strategies and tact. You can easily get sold a bad bill of goods if you are nonchalant about buying process. It’s all about acquiring the best quality diamonds at the best possible price…Period!

I wish I now possessed a tenth of the diamonds we sold in the late 60s and 70s! The gems that went out of that little Boston shop would have their value more than quadruple, and then quadruple again in the coming decades.

I did an appraisal on a magnificent two and a half carat solitaire ring last year and I appraised it at 2015 value…$25,795. The elderly couple was blown away. I nearly fell over when they showed me the original appraisal the following day; it was purchased in Boston from my Uncle Ernest in 1967 for a miniscule $2,100. I was thirteen at the time and probably witnessed the sale!

We never sold a diamond that was not breathtaking in every way: the highest color, clarity and cut. In the old days the best was easy to find, but you had to be careful about the price you paid. Some of the bigger and established stores (just like today) could rake people over the coals and the buyer would never know it. But even then, no one – but no one – really wanted a crummy diamond regardless of the price. Those were the days when everybody was convinced they owned “a flawless blue white diamond.” They rarely did.

I may be wrong, but even with today’s high-tech, I know-it-all generation (thanks to the internet and stuff), hands down the working folks back in the old days were far more educated, savvy and choosy on the quality of diamonds they purchased.

It’s my opinion anyone who would fork over thousands of dollars to buy a diamond sight unseen on the internet with the possibility of no refund, has probably bought a Brooklyn Bridge or two.

Today diamond quality is a different story, most of the diamonds I see come in the door would never be even considered for retail sale in my 1960s Boston showroom. (Or today for that matter.)

The drek (junk) that some stores are passing off today, as far as I’m concerned, is an embarrassment to the industry. Some of the stuff I see should have become sandpaper or a concrete cutting wheel – and folks pay big money for these diamonds with the brilliance of rock salt. It’s embarrassing when I tell some folks the appraisal fee costs more than the ring is worth. Very awkward!

I have the same standards I had 40 plus years ago; if the diamond is not worthy, I won’t sell it. I have never had a diamond returned because the customer was unhappy. It has never happened to me, and that speaks volumes. (Oh sure, I’ve had jilted guys who want to return a diamond ring or two because the future brides-to-be threw their honky butts out the door sometime before the ink dried on the sales slip!)

It’s not my problem!

It’s kinda funny, if I took back and refunded every custom-made diamond engagement ring* that ended with “things not working out” and hung them from the ceiling I would have so many rings up there, it would put even Liberace’s chandeliers to shame.

(*No jeweler that I know of will refund money for a ring that was custom-made specifically for a Bridezilla, especially when the jeweler knows for a fact that this poor, unfortunate guy is surely but unknowingly heading for a tragic and certain emotional train wreck.)

I once had a couple try to unload on me their personally engraved “I will love you forever” custom wedding bands (which also included the wedding date that never happened). Did I mention they were quite homely? (The rings, not the couple.)

I guess “forever” for them came pretty soon.

Bottom line…the ladies hated to give up my diamonds, in some cases they kept them.

Life is short. Go big and go long, and spend the kid’s inheritance and get yourself a nice diamond!