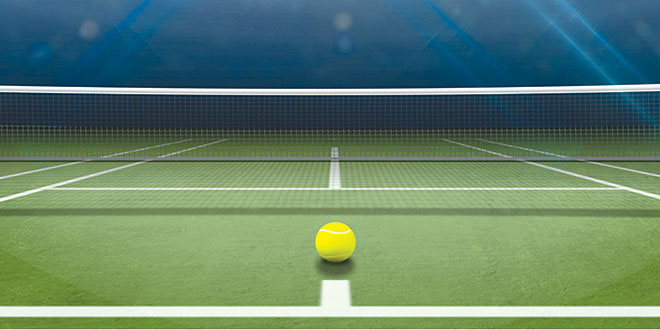 Even though we had the home court edge last year, (San Diego) the Great Britain Davis Cup team stunned the USA squad 3-1. Every tennis fan was well aware of GBR’s Andy Murray and his stellar record but the Americans knew they could outshine James Ward and win both singles matches. Additionally, the USA squad boasts the best doubles team in the game today, which enables the team to win 3-2. Unfortunately, tennis matches are not played on paper; Ward played loose and free and was able to topple both Sam Querry and Donald Young.

Last week, the USA team had to travel to Glasgow and cope with the rabid Murray fans; not only could they cheer for Andy in his singles contests but they were primed to cheer on Jamie in doubles play.

Coach Jim Courier did not have current Grand Slam champions to choose for his traveling team but he did have a healthy John Isner. Any time Isner hits the tennis court; his gigantic serve gives our team a fighter’s chance to knock off an outstanding player like Andy Murray. Captain Courier stunned me with his other pick, Donald Young. Why?

Many of my fellow tennis coaches were rooting for rising star, Steve Johnson Jr. of USC fame whose ranking is climbing rapidly. Not only does this young man sport a huge serve but he also commands a fierce forehand drive. Moreover, Johnson has become a crowd favorite because he is so tenacious on the court. Johnson’s fight for every point is infectious and this attitude would resonate with his new teammates and just might give team USA a slight edge.

Regrettably, the ‘Brits’ rose to the occasion once again as they soundly defeated team USA. Perhaps there was just too much pressure on Team USA to win both singles matches against James Ward and then claim the doubles point?

Without a doubt, American men’s tennis is down, as we have not had a Grand Slam winner since Andy Roddick won the US Open. Presently, we do not have a player ranked in the top ten and it may be a few years before we see a big change. But, as I alluded to earlier, we can control our team attitude as GBR doubles player, Jamie Murray made this astute observation last weekend:

“It’s obvious to me that we’re a much tighter team than the Americans. The way everyone on the bench is getting behind us. I didn’t feel that from their team at all. “They weren’t getting up or cheering or anything for the Bryans. Our guys were going hell for leather every point.”

When I think of big upsets in sports, I vividly remember the Florida Gulf Coast (Ft. Myers) men’s basketball team knocking off one top seeded team after another in the March Madness tournament. The FGCU bench was going nuts after every big play and in short time, the neutral crowds were pulling for the underdogs.

One of the enduring facets of Davis Cup or Fed Cup is that tennis players are pitted in a team event where attitudes and emotions could carry a team to victory. Had Captain Courier chosen to go with fiery Steve Johnson Jr., he might have catapulted his team to victory.

In Courier’s defense, he probably hesitated to have a Davis Cup rookie cope with pressure of playing on the road in potentially hostile conditions. To me, it was the perfect time to roll the dice as we needed a real shot in the

arm and I’m confident our two-time NCAA singles champion would have provided.

Okay, we need real solutions to solve these numerous problems with USA tennis. Pro friend, Donnie Petrine would like to tweak Title 9. His resolution would be to change the magic number, 85 (equated to the number of male football scholarships at D1 schools) and lower this number so we do not have to eliminate so many men’s tennis teams.

When Title 9 was instituted in 1975, no one knew that there would be any negative consequences. Since my wife, Leslie, received a full tennis scholarship to play for the Lady Lobos in that year, I am well aware of the overall importance of this groundbreaking event. However, since the advent of Title 9, numerous men’s tennis teams have been eliminated and this has had a profound effect concerning men’s tennis in this country.

In addition, with so many collegiate tennis scholarships being awarded to foreign-born players, American kids are left out of the loop and it has had a very negative effect for our teenagers. When I scour rosters throughout Division 1, some teams only have one or two American boys on their teams. With my son, Matthew currently playing D1 tennis at Furman, I have seen first-hand how many different foreigners are on each squad. For instance, during the Southern Conference Championships last spring, Matt played two Australians and one South African tennis player.

Indeed, the conundrum for parents with talented kids is whether they wish to spend the money to develop a future tennis champion. If the trend continues, the up and coming young tennis player may only have one option: Turn professional and bypass college.

On various Internet tennis forums, there are many concerned coaches and parents who are trying to offer new alternatives to this specific issue: Is it possible to have a limit of scholarships for foreign-born players? (Is it constitutional to pass such a proposal?)

There is quite a bit of optimism concerning the appointment of the new Player Development Director (replacing Patrick McEnroe) and the construction of the new mega-complex in Orlando. We need a full-time Player Development Director who is open minded about our future stars; we must allow private coaches and not be rigid about where one must train.

Finally, we need to eliminate bureaucratic mandates on how to run our game. Whether it be 10 and under tennis (green balls etc.…) collegiate tennis (shortening the game to satisfy television) or the elimination of popular junior events all around the country. There is no perfect plan to produce an eventual ATP or WTA champion. Some kids need to stay near home and others may flourish being far away and constantly traveling. If we are flexible, it’s bound to reap benefits.

Here is my simple solution to our growing issues in tennis: Put together large groups of former top players and coaches in different sectors of the United States. If certain people cannot attend, allow various electronic solutions so one may hear a large variety of opinions. Compile all of the data and then have a report to use at the new complex in Orlando. There are too many capable, talented, dedicated tennis experts who will have meaningful solutions. I guarantee it!