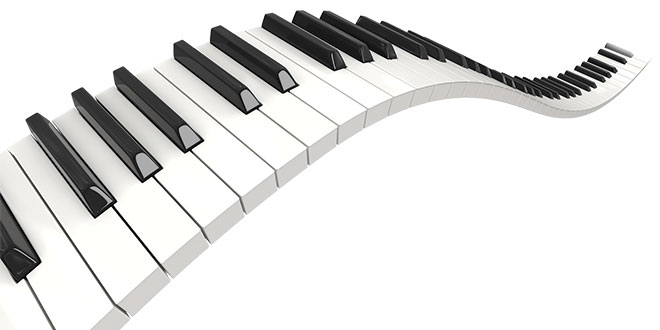 Some of my favorite conversations — whether I’m actively involved or just eavesdropping — consist of one bright topic setting off a circuit of others. There are times when linear conversations — those that start with one topic and finish with it before moving to another — have their proper place, but it’s exhilarating to listen as creative ideas spark like electric arcs from one to another freeform.

A recent article by David Pitt of the Associated Press on the spate of piano store closings around the country has ignited an impressive nationwide debate as to why a once home-staple could be disappearing from the retail market. Discussing this with my husband brought us far away from the plight of the piano…interesting subjects often become conductors to hot topics in our house.

We tapped a few obvious theories: the invention and subsequent advancements of home entertainment systems from phonographs to television to computers; used pianos can easily be bought over the internet or in the classifieds; perhaps our mobile society has simply made owning a piano impractical. (Each of these ideas naturally webbed into multiple theories, mostly about changing times.)

“Baloney,” he said, with all the elegance that word allowed him, “we may not have had all the organized sports kids have today, but do you think any kid on my block said no to a good stickball game in favor of piano lessons? No, their parents made them. We may not have been out playing tennis, but we were still out playing something. It took a special kid to want to go indoors.”

His words put me in mind of all the game-playing that went on in our neighborhoods — creative games, inventive games — all requiring a lot of running and tagging and being “it” or “home free.” (Of course those tree-climbing races often ended in a broken limb — and not the tree’s — but nevermind that now.) Yet, there always were those kids who stealthily slipped away because they couldn’t wait to take their lessons and make the music happen.

So, and I really don’t want to get tarred and feathered by a team of soccer parents here, the next arc we followed was the question of whether or not organized play was capable of smothering a child’s ability to conjure up a good bit of creative competition on his or her own. Could we be nurturing a generation of game-followers instead of game-makers? Where is the room for creative thought development? Where’s fourth base?

I know, we’re a long way from the piano here, but bear with me.

Exposing children to organized sports can offer countless benefits: exercise, competitiveness, collaboration, fun and what one Little League coach I know calls an awareness of fairness, but I am still questioning a worrisome imbalance. Once, during a two-day power outage here on the island, I listened to a group of young parents who were frazzled to their last nerve worrying how they could entertain their young ones if the outage continued.

Foolishly, I suggested they tell them to go out and play. The blank looks I got told me how far out of the loop I was. Play? Play what? They paused indulgently (perhaps waiting for me to ask for a “take-back”) and then continued commiserating, without further nonsense from me.

I shun pessimism; I avoid rose-tinted hind-sighters who forever insist things were better way back…when, exactly? Times change, and not always for the better but not always for the worse either. I am firm in my belief that creative thinking is humankind’s finest attribute and will continue to flourish despite the best attempts to stifle it.

However, nurturing it can be anybody’s game. The kindest gift we can give may be that of simply exposing someone to something new: a stick and a ball or tickets to a game; a set of paints or a visit to a gallery; a tin whistle or orchestra seats. People, of any age, will light up from something they’re exposed to or not, but we still need the exposure for that light to shine.

Oh yeah, and I’m still waiting to hear what my spouse thinks of the used mahogany upright I found on Craigslist for $300. That’ll have to be another conversation.