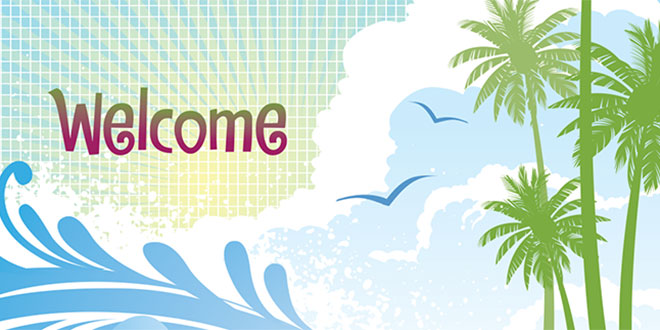 The place is beginning to come alive again! We’re seeing people beginning to trickle in. Businesses are beginning to stock up. Restaurants are advertising for help. It’s like a sleepy little town waking up in the morning to a fresh new day. Welcome back to those who have arrived. We’ve missed you! Now, we can begin having fun again.

* Guess what? Not only is our new Outback Restaurant on U. S. 41 East open and doing great business, they are open at lunch time, and now Carrabba’s has followed suit. Now, BOTH are open for lunch. I guess they could see how busy Outback was and wanted to help spread the food around.

* Speaking of food, if you are a hamburger buff, there is a new hamburger place about to open on September 23 in the Shoppes of Eagle Creek called Burger Fi. I’ve been told it is the first one on the west coast, and the hamburgers are supposed to be terrific. I stopped by to see how they were progressing, but they were in the middle of hiring. They are located in the first store near Hoot’s, which was the location of Maria’s Restaurant before. That little shopping center is really buzzin’. Before the end of the year, they expect to break ground for the new Panera Bread restaurant, which will be located on the sidewalk frontage directly in front of The Fresh Market. By the way, that place never ceases to amaze me. I went to buy some Pork Tenderloin on Saturday, but they were already sold out! Last year, they had to keep two giant refrigerated semi’s behind the store just to keep up with the demand! Now THAT’S BUSY!

* A number of people have mentioned that someone is breaking ground behind the Dunkin’ Donuts at 951/41, but so far our County Growth Management Division cannot locate anyone who has a permit to build, so I’ll have to report back to you in the next column. I just mentioned it because so many people have asked.

* Recently my family was hit with the terrible news that my brother in Cleveland (Parma Hts.) has Pancreatic Cancer which has already spread to his lymph glands and is now spreading throughout his body. When the doctor who did the biopsy was questioning him about his medical past, my brother told him that just last year he had developed Diabetes at 69 years old. The doctor asked if his doctor had told him to have his pancreas checked out. The answer is no.

The doc said that is the first thing a doctor should advise when a person develops Diabetes over 65 because it usually means something is wrong with their pancreas, which produces insulin. This is just a heads up: If you, or anyone you know, develops late-in-life Diabetes, tell them to have their pancreas checked. It might just save a life.

* The Marco Island Kiwanis Club was back in full swing Thursday, Sept. 18, at its usual at 7:30 AM meeting time at Stonewall’s. This wonderful, happy, fun club featured as its speaker the new football coach at the Marco Island Academy, Mr. Greg Fowler. We always invite interested people to join us! We even pay for their first breakfast, so please stop by, enjoy the breakfast, enjoy the speaker, and enjoy the terrific people who are members of the Marco Island Kiwanis Club! You’ll want to become a part of this great organization before you know it!