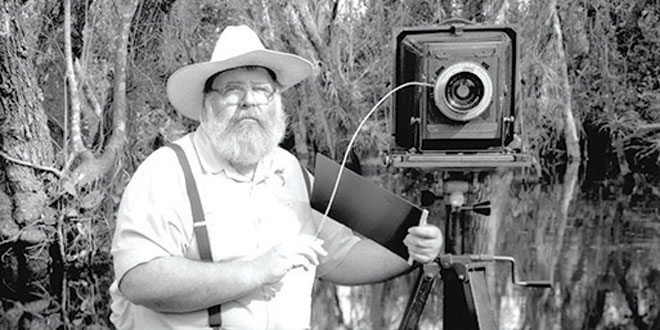 Spend 12 minutes with Clyde Butcher on YouTube tonight and discover what inspires the man behind the famous black and white photos of Big Cypress. On December 12, 2012 Butcher took part in a one-day lecture series entitled “Creativity Matters.” Held at the Ringling Museum Campus, the TEDx Sarasota event was filmed and has been uploaded for all the world to watch.

TEDx stemmed from the TED Talk movement which began in 1984 under the banner of “Ideas Worth Spreading.” At www.TED.com, videos of some of the most famous and influential people in the world, along with people that should be, are free to watch and be inspired by. TEDx, “is designed to give communities, organizations and individuals the opportunity to stimulate dialogue through TED-like experiences at the local level.” 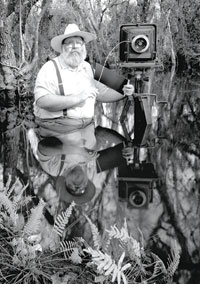 so, Clyde Butcher joined 22 other presenters for the TEDx Sarasota event that asked, “If you had a short period of time to address the world, what would you do?” Each presenter was given 12 minutes.

Clyde’s talk, entitled “Through the Lens — Creativity and Determination,” shares his secrets of his success and how even the worst experiences can bring about the greatest of changes.

Other presenters of the day included a scientists, musicians, comedians, authors, CEOs, a Buddhist monk, an illustrator, an aerospace engineer and the list goes on.

Clyde’s TEDx talk can be found at youtu.be/8yBUmnlo2-s. To learn more about TED talks, visit www.TED.com, www.TEDx.com or www.TEDxSarasota.com.

Save the date for Clyde’s 20th Anniversary Celebration of his Big Cypress Gallery this President’s Day Weekend, February 16-18. For more information call 239-695-2428 or visit www.clydebutcher.com.