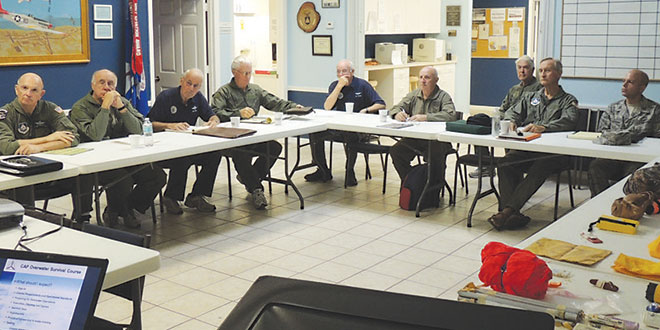 With the recent announcement of the U.S. Department of Defense (DoD’s Team Air Force posture, Civil Air Patrol (CAP) is officially considered as an integral part of the U.S. Air Force (USAF), and its missions are changing. No longer restricted to search and rescue or disaster relief, CAP aircrews are finding themselves fulfilling federal requirements that take them well beyond the shores of the U.S. These over-water flights in single-engine aircraft add another measure of risk, one that dictates added vigilance and more preparation training. Ditching,

as landing in the water is considered, is quite survivable, as the statistics show, but knowing what to do when you have to ditch the aircraft is essential for survival. 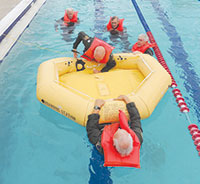 pool – a required venue for the practical in-the-water portion of the training. The aircrew members have to demonstrate swimming skills and raft boarding ability while dressed in flight clothes and footwear.

Aircraft were used for the egress (evacuation) drills.