Chili Chefs Spice It Up 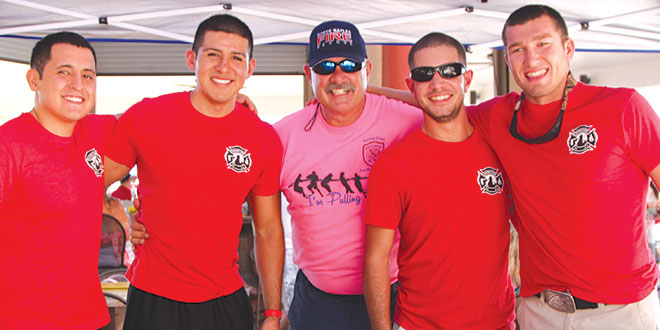 The Marco Island Fire Rescue Foundation held its Second Annual Jerry Adams Chili Cook-Off on Saturday, Oct. 11. There were 18 willing chili chefs, many of them firemen representing various fire stations around the county, as well as a few restaurants, fire department supporters and just great chili makers. They each wanted a chance to win the “copper ladle” trophy.

An island favorite among the booths was manned by Chief Mike Murphy of the Marco Island Fire Rescue Department, who teamed with Marco Island Police Chief Al Schettino 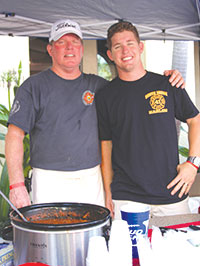 to serve up chili. There was white “hot” chili, buffalo chili and ostrich meat chili, spicy chili and mild chili, just to name a few. On top of chili, CJ’s on the Bay offered a buffet for those who wanted a bit milder meal. Don’t forget all the add-ons: special sauces, cheeses, onions, green pepper, spices, fritos, corn bread and anything else that could be used as an add on was added on!

For $10, patrons received a coffee mug and got to eat all they wanted. CJ’s provided happy hour prices on drinks, and entertainment was provided by Jeff Hilt. Marco the 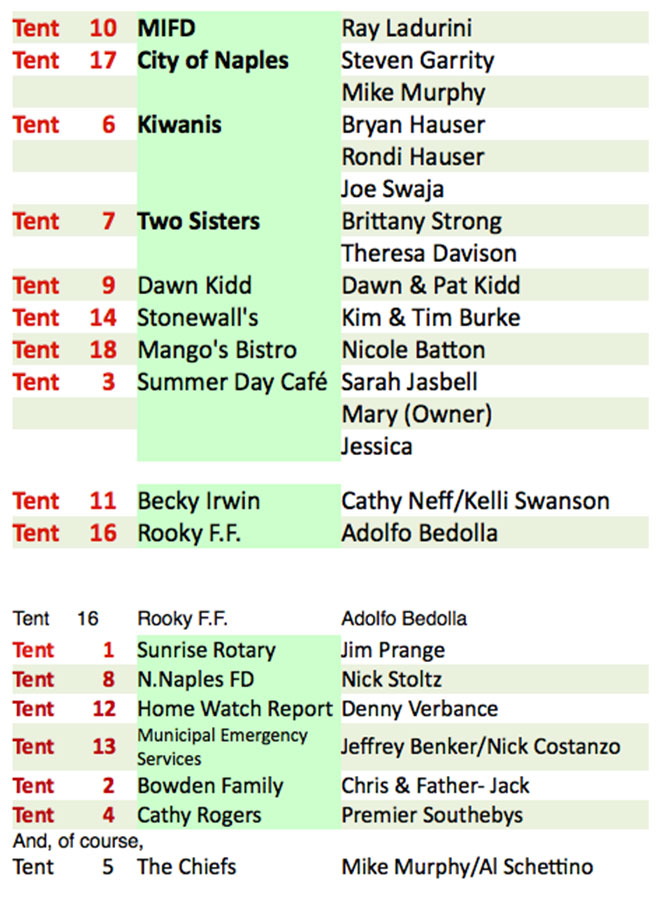 Mouse was on hand for youngsters. The new fire boat was manned for tours, and a newly wrapped Fire Foundation vehicle was on display and helped to carry supplies.

The event was a huge success and is held in honor of Jerry Adams, one of our local firemen who lost a battle to cancer. Jerry made many pots of chili in his time at the fire house so it is a fitting tribute. Pictures of Jerry dotted the Esplanade.