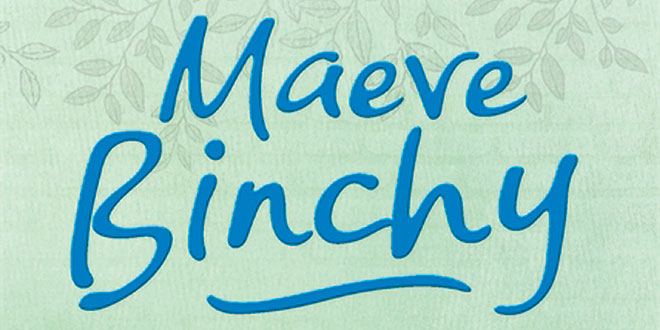 Almost two years ago I wrote a Book Remarks about Maeve Binchy’s final novel, A Week In Winter, published shortly after her death in July 2012. All Maeve fans believed that was the end of the anticipation of new offerings from this wonderful storyteller. Rejoice! We were wrong. The woman who did not believe in an afterlife has endowed her readers with such.

These stories were written by Maeve over three plus decades, beginning when she was a columnist for The Irish Times. Using fictional Chestnut Street as a pivot, she fashioned tales of the lives of various residents and their families, stowing each story in a drawer “for the future.” As her husband Gordon Snell acknowledges in his foreword, the stories, 36 of them, reflect the city of Dublin and its changes over those decades. I believe two or three stories were published separately previously, but this book is not a reprint.

These short stories are not Maeve mini-novels. She always ended her novels with the protagonists coming to some understanding with themselves and their lives. A few of these short stories end seemingly in mid-air, but the reader is left knowing they just witnessed a significant event in the life of the character, but not the character’s reaction. Although few dates are used in these stories, for the most part the reader can just infer the era by the vivid descriptive prose. The author’s growth from a promising neophyte to a grand master of her genre is also evident.

On the opposite side of Dublin from St. Jarlath’s Crescent of Minding Frankie, the horseshoe-shaped Chestnut Street is the setting for these 36 stories. There are 30 homes on Chestnut Street and Maeve covers them all. Some do not get a “starring role” in an individual story but in true Binchy style, every resident is referenced in a few stories. For instance, we meet young Melly, a hippie type new female resident, inviting herself to her very regimented, organized neighbors’ road trip, introducing them to spontaneity and, in another story, is referenced as a mature woman dressing in a hippie style, a beloved reliable neighbor. In Taxi Men Are Invisible, Kevin Walsh is said taxi driver and in Bucket McGuire Kevin shows up as a concerned neighbor.

I could not begin to choose one or two stories as “favorites.” I could come up with a Top 30 List! Bucket Maguire was one of 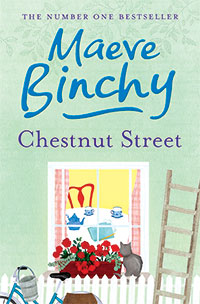 the most mesmerizing in this collection. Brian Joseph Maguire became known as Bucket when at the age of 16 he started his own window washing business after the conclusion of his formal education. Riding around Dublin on his bicycle with his folding ladder, chamois and soap, he established a solid reputation for reliability and quality. His wife left him for an accountant, taking their five-year-old son with her. The bulk of the story is about the father-son relationship, and the climax left me in awe at the power of parental love, rooting for Bucket as Father of the 20th Century.

Friendship is covered in most of the stories, particularly poignantly in The Gift Of Dignity. Sally and Anna have been friends since childhood. Both are married; Anna lives in Dublin and Sally, who lives in London, comes for an annual weekend-long visit. Anna’s husband is having an affair. Everyone knows because he flaunts it. Everyone tiptoes around Anna, assuming she knows but does not want to talk about it. All hope that Anna will open up to her wise friend Sally and things will be resolved, releasing everyone from their vow of silence. What transpires is unexpected. David is killed in an accident, and his paramour comes to the funeral, behaves unobtrusively, excuses herself from Anna’s invitation to the after funeral reception, and Sally realizes that Anna is playing her charade of unknowing spouse to the very end.

“They could have got over this together… It was going to be an entirely new experience having a friend that you couldn’t talk to about the hugely important things in life. Sally didn’t know why she wanted Anna to face up to what had happened. But she did… And she knew that what she had offered, dignity and respect, were not nearly as satisfying as a good cry and a lot of nose blowing and resolution that things could be solved. That was friendship. And somehow in the middle of all this, friendship had got lost.”

In most stories, and particularly in movies and TV shows, breakups of female friendships are usually portrayed in an explosive mode with “cat fights” or verbal jousts. In real life, I think most friendships are transformed or are ended as Maeve shows in this story, they implode, silently but deadly.

I have always referred to Maeve Binchy’s novels as warm hugs from a favorite auntie, her love letters to Ireland – these short stories are sticky notes to Dublin, affirmations of her love for her native city and for humanity, foibles and all.