Change: It’s a Way of Life? 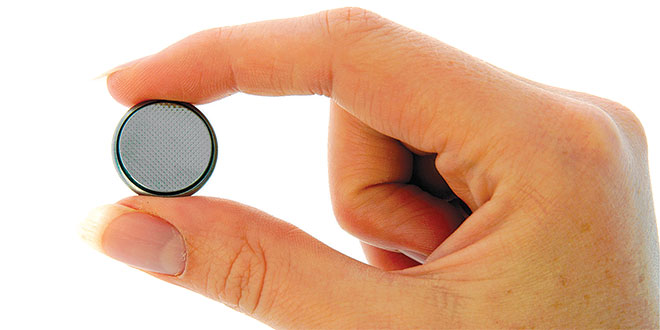 Change is supposed to be good, but for many, even the suggestion of change can be downright traumatic for them. Change has been my way of life since I read that seemingly silly book “Who moved my Cheese” by Spencer Johnson. You can read the whole book in about an hour, but what you get from it can honestly change your life. It was that book that motivated me to leave a steady job in someone else’s jewelry store, sell my small condo, pack up the wife and kids in a U-Haul and leave my family and friends in Boston. I headed to Marco Island not knowing what the future would bring. My results were life changing, and now my family and I are living the dream.

CHANGE… To become different or to make someone or something different, or to become something else and or replace with another.

I spend my whole day changing things; not a day goes by that I don’t change a dozen watch batteries, a broken clasp on a chain or bracelet and the sizes of dozens of rings every week.

Customers are always changing the jewelry they currently own or alter what I have in my showcase to suit their needs; different color gemstones, bigger diamonds, etc. I also spend my days making it longer, shorter, wider, thinner, higher and lower. (Alter also means change.)

CHANGE… Here’s a recent scenario in my shop where change was a painful experience for one gentleman.

“I need a replacement metal watch strap for my watch,” he said.

During my examination of the perfectly running watch with a dilapidated strap, I realized it was a 40 year old Japanese make; a Seiko. Well, they simply don’t make replacement straps for these and haven’t for over 30 years. I looked at the back of the watch and I noticed it was personally engraved for the gentleman, thanking him for the 25 years of service for working at some company.

I have plowed this field a dozen times or more so to say… the watch meant a lot to him. He simply would not accept the fact that I could not find a replacement nor give him an answer to his problem. My only way out of the situation was…

CHANGE… Sir you need to buy a new watch, which was simply out of the question. Deadlock.

I suggested he try eBay; maybe he could locate the same 40 year old model and use that strap and save the watch for parts! I would have gladly put the strap on for free if he could find it.

His reply: “I don’t have a computer why can’t you locate one for me on E-Bay?”

How do I tell this guy he has a better chance of seeing polar bears sunning themselves on Resident’s Beach than finding that strap? This going-nowhere-conversation went on for what seemed like eternity. He finally left – disgusted as if the 40+ years of wear and tear on his watch bracelet was my fault. He refused to accept change.

“Mrs. Smith, the prongs on your diamond ring are nonexistent and the shank is as thin as a hair. You need to move your diamond to a new setting or risk losing it!”

“I’ve been wearing this ring since 1946 and I never had a problem with it before. Can’t you repair it?” asks Mrs. Smith.

My reply: “It would require a new head to hold the diamond and a new shank which added together is, unfortunately, a whole new ring.”

“I’m sorry, I could never change this ring. I will just wear it the way it is!” (Four months later Mrs. Smith lost the diamond out of her ring and has been devastated by the loss.) She refused to accept change.

CHANGE can also be fun… at least for me.

Years ago, a guy walked in and asked what I charged to change a watch battery. It was an expensive, high-end watch with eight tiny gold screws holding the back cover on.

“Twenty Bucks! You’re a thief! I can get it done up north for a buck!”

My answer: “So bring it up north and get it done. I hope you figured out the air fare.”

He went on and on that he would only give me a dollar for my service. It was a quiet summer day, so I figured I’d lock horns with this guy. I relented and told him “how about if I change your battery for free, will that make you happy?

“Well that would be nice of you.”

So here I am in the long careful and complicated process of changing his watch battery when he starts bragging about the new house he is building on the island! Blah, blah, blah… his brand new boat… Blah, blah, blah… His new trophy wife… I couldn’t help but notice the new Porsche he pulled up in parked out front.

I handed him the completed battery change, and he immediately caught that the second hand wasn’t moving.

“Hey? The watch is not running?”

“I know,” I said. “I changed your dead battery and put in someone else’s dead battery all for free! Now, if you want a fresh new battery, it’s still gonna cost you twenty bucks! (My Boston urban upbringing at work.)

He frowned, then he smiled. I got my twenty bucks.

CHANGE… On the other hand, can be wonderful.

I specialize in restyling (also a form of change), making old jewelry into new exciting jewelry, and I love the look of joy on people’s faces when the dull and boring becomes an exciting piece of wearable jewelry.

For me, change is a way of life. If something doesn’t work or function in what I consider a proper fashion, I have no problem improving or replacing it. This tends to keep my current and third wife on her best behavior.