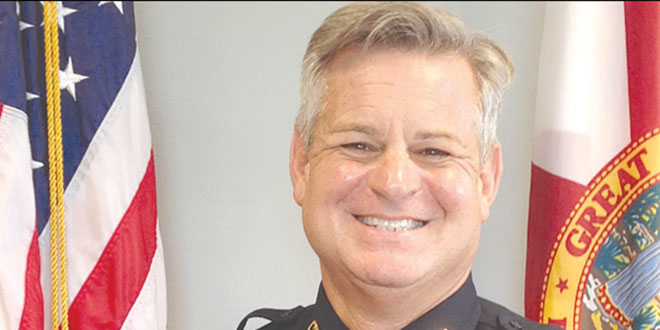 In less than five months, Acting Police Chief Al Schettino has more than left his mark on the Marco Island Police Department.

When he took over on July 25, MIPD was a department in crisis. During a three-year period — January 2001 to January 2014 — roughly two-thirds of the department left. That is 23 of 36 officers. What’s more, City Manager Roger Hernstadt was conducting interviews with former employees to find out why they left.

Under the tutelage of Schettino, the now fully-staffed department of 34 sworn-officers has undergone a restructuring and reorganization to allow for operational effectiveness and efficiency. The goal: To put as many officers in the field at all times.

“It was really about manpower shifts and changes to use people in the most efficient way possible,” Schettino explains. “The changes allow me the option and flexibility that I didn’t have when we had people in administrative positions…We need officers in the field. Ninety percent of our work is generated in the field and answering calls. I want officers out there interacting with the public.

To that end, the assistant chief position was changed to a captain, and the two lieutenant positions were made sergeants. Their focus now is squad and patrol support, assisting during the peak call volume time of 10 AM-10 PM and during manpower shortages.

At the heart of the restructuring is Schettino’s emphasis on community-oriented policing, which has been around since the 1800s and focuses on police departments building ties and working closely with the community. This theory was the focus of the plan Schettino provided to Hernstadt when he was asked to throw his hat into the ring for the position of chief.

According to Schettino, there is a disconnect between members of the community and police officers when an officer gets into a motorized vehicle. Whether intentional or not, community members often feel intimidated when police officers are only seen in an official capacity in their squad cars.

This philosophy was evident early on when Schettino installed four new Community Service Officers, six Auxiliary Officers and two Reserve Officers, as well as resurrecting MIPD’s bike patrol program and continuing with the Citizens Police Academy. These positions are force multipliers for MIPD, meaning they allow for more a personal presence in the community, which in turn creates stronger relationships with the community members.

Schettino knows first-hand the benefits of community-oriented policing. “Years ago when I worked in the schools up north, community policing was part of it,” he recounts. “One day, we were short-staffed and a call came in about some kids trespassing and playing on a big dirt mound in a construction zone. Normally, when a police car rolls up in a situation like that, the kids would run away. In this case, they saw me, and ran towards the car. It is part of the paradigm shift caused by community-oriented policing.”

In the end, Schettino’s plan appears to be working. MIPD officers seem to be happy and excited about the changes and about coming into the department everyday. The reorganization also has opened up new opportunities for officers to participate in in-depth training sessions and continuing education programs.

The difference is palpable in the community as well. In fact, MIPD is working with members of Kiwanis and the city’s Bike Pathways Committee to help educate kids on the importance of wearing helmets when they ride their bikes, especially to school.

And, motorists should be on the lookout next week when MIPD will be working with Santa Claus himself to make certain drivers are obeying speed limit signs in the island’s various School Zones.

Still, the most telling sign that Schettino’s plan is working is the steadily growing pile of applications from law enforcement officers who want to come work for MIPD. “We are fully staffed, but still going through interviewing process for CSOs and officers,” he notes. “We may have a positions open up, and we want to have those people ready to go immediately.”