Chamber Awards Students at ‘After Five’ 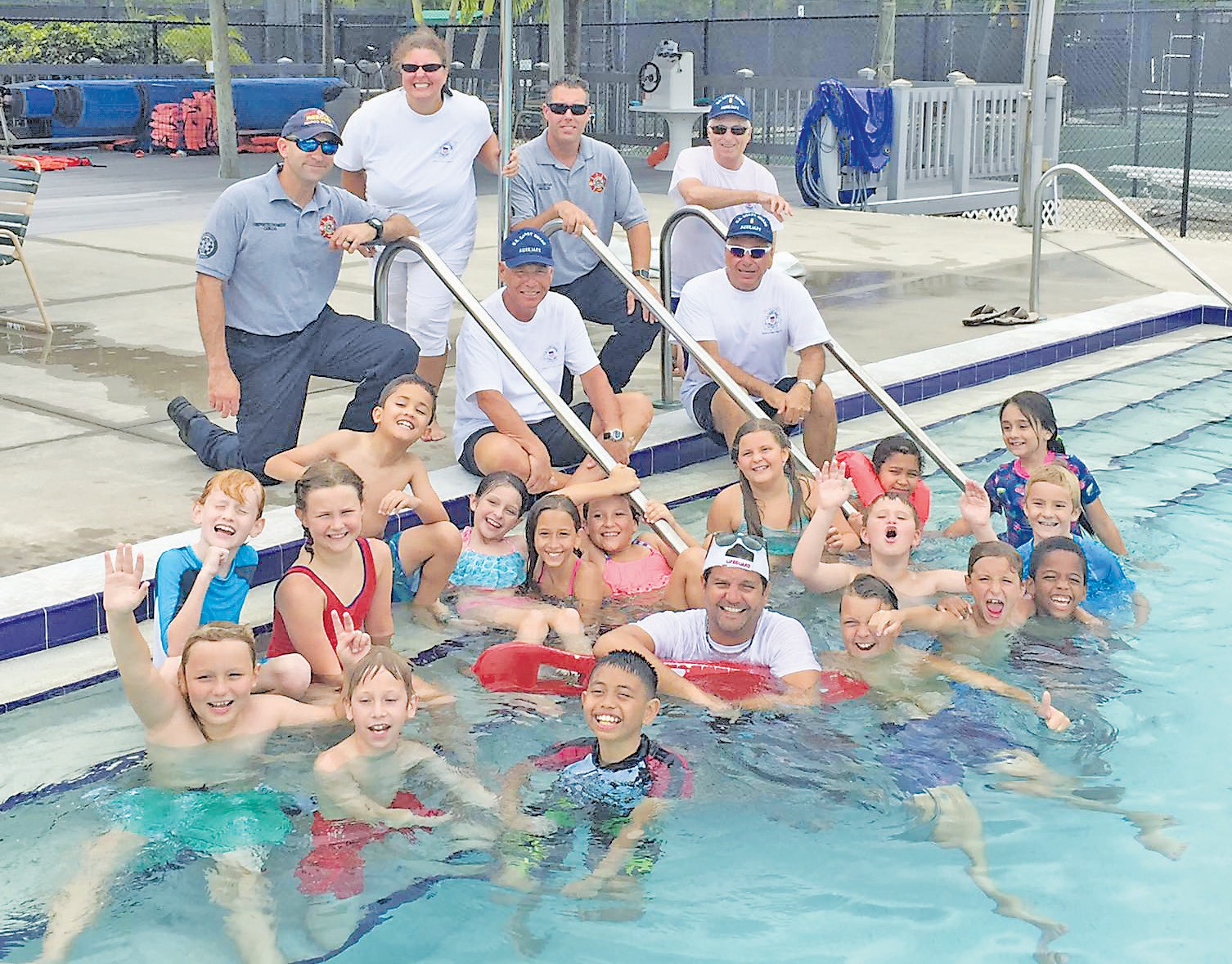 During Water Safety Month, children enjoyed a warm day splashing in the pool during the Waterwise program at the Greater Marco Family YMCA. Coast Guard Auxiliary Flotilla 95, Marco Island Fire Rescue and YMCA staff taught the kids about water safety, hands-only CPR, boat safety, how to use a VHF radio, and more. Photo by Chris Bowden

Fourteen high school students and their families were recently celebrated at the Chamber’s “After Five” event at CJ’s on the Bay. The students received scholarships from Leadership Marco and the Marco Island Chamber of Commerce. The Chamber’s Education Committee handed out $18,000, funded by proceeds from events like Wet Paint Live and Souper Bowl.

The Chamber’s Executive Director, Dianna Dohm, spoke about how touched she had been to receive a personal note from one student, expressing gratitude for being chosen. “We’re just so appreciative that the community comes out to support these events,” Dohm said. “We couldn’t do it without their help, and it really does make a difference in student’s lives.”

The students receiving scholarships are:

Stephanie Alvares (Lely High School) Stephanie is going to UF to study Biology. She is a member of the Key Club, the National Honor Society, the Rotary Interact Club and 4-H Lely Legends Club. Stephanie earned both a Top 25 award and an Academic Scholars award in all four years of high school.

Ellen Angersbach (Lely High School) Ellen is going to Florida Southern College. She is a member of the National Honors Society, earned a Top 25 award in all four years of high school, and is captain for both the varsity swim and basketball teams. Ellen volunteered at Camp Mackle and is a Youth Leadership Collier program graduate.

Alexis Buhelos (Lely High School) Alexis is going to the UCF to study Psychology. She is the recipient of an Academic Honors award, a Well Fit Girls participant, a member of Lely Student Government, and a volunteer with Souper Bowl since 2013.

Riley Burke (Lely High School) Riley is going to FGCU. She is a member of the National Honor Society, a Top 25 award recipient, captain of varsity soccer, a volunteer coach for Optimist League Soccer, and a volunteer for Relay for Life and Meals of Hope.

Bailey Greaves (Lely High School) Bailey is going to UF. She is a member of the National Honor Society, varsity cross country and

Chamber of Commerce scholarship recipients with members of Leadership Marco and the Chamber’s Education Committee. Photos by Allison Ouverson

track and field, and received an academic letter in all four years of high school. Bailey volunteered as a soccer and cross country coach for the Optimist Club.

Michael Grossi (Marco Island Academy) Michael is going to UNC to study Chemistry and Pharmacy. Michael is Valedictorian of his class, President of the Key Club, a member of the National Honor Society and the Knights of Columbus Service.

Kelsey Halaschak (Lely High School) Kelsey is going to the University of Richmond. She is a member of the National Honors Society, JROTC, and received a Top 25 award in all four years of high school. Kelsey was captain of the track and field team, and received varsity letters in both cross country and swimming.

Sean Henell (First Baptist Academy) Sean is going to Wittenberg to study business. He was on the 2015-2016 Honor Roll and completed community outreach projects while attending St. John Neumann.

Ryne Hennings (Marco Island Academy) Ryne is going to the USF to study nursing. Ryne maintained Honor Roll status since 2013, received a varsity letter in football, volunteered with the Optimist League and with Meals of Hope.

Alaina Laird (Marco Island Academy) Alaina is going to FIU to study International Business. She is a member of the Key Club, Student Leadership, the National Honor Society, and an Officer in Future Business Leaders of America.

Emmanuelle Meurgue (Lely High School) Emmanuelle is going to the UCF to study Health Sciences. Emmanuelle is a member of the National Honor Society, an ACS Relay for Life participant, varsity volleyball and soccer captain, and was awarded an academic letter in all four years of high school.

Elliott Totten (Seacrest) Elliott will attend FGCU to major in education. Elliott lettered in cross country for all four years of high school and is a member of the Ethics Bowl and Mu Alpha Theta. He was the recipient of a Leadership Award in 2016.