Center for the Arts Designated Renaissance Academy on Marco Island 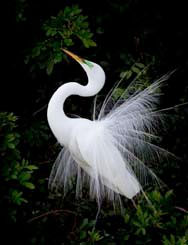 The Marco Island Center for the Arts has been designated the Renaissance Academy by Florida Gulf Coast University. It will begin its first program on Thursday, January 24, 2013 with a lecture on Great Piano Composers, from Chopin to Joplin, by Maestro Bryan Tari. He will also play piano selections. His lecture will be at the Art Center on Marco Island, from 10:30 AM to Noon. Cost is $25 at the door or in advance by calling 239-394-4221. Coffee and tea will be served. Two other lectures are scheduled on the 4th Thursday of February and March. Program details to follow. Seating is limited.

The Center for the Arts is the home of the Art League for over 42 years; it has maintained a base of fine art painters, photographers and potters for decades. This year, however, the Center has expanded to include other arts organizations, including but not limited to The Friends of The Bach Ensemble and the Marco Island Writers. In addition, it has formed partnerships with The Marco Island Historical Society for the Fine Arts Film Festival in 2013, and The Marco Island Players for collaboration on the proposed Theatre/Arts District.

“Gathering cultural organizations either in partnership for special projects or under our wings for further development is an important step for the cultural development of the Island,” says Lynn Holley, Executive Director. “Each organization is strengthened by new ideas, connections and networking; the Marco Island community benefits exponentially. I am most thrilled,” Holley says, “by the honor of being the Island’s Renaissance Academy. “ For more information on programs and events, or to join during its Membership Drive for 2012-20-13, contact the Center or visit its website.