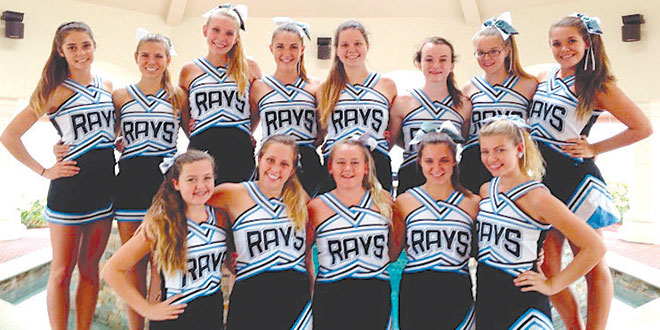 Marco Island Academy had St. John Neumann worried plenty, but the Celtics pulled away for a 42-24 win on Oct. 10.

For more than three quarters Marco Island gave St. John Neumann all it could handle, but five delay of game penalties stalled or ended drives. Manta Rays coach Greg Fowler opted to call plays from high in the bleachers than 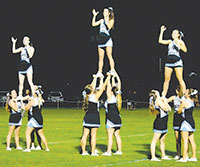 along the sidelines to have a better view of the field for the team’s passing game. His calls accounted for chunks of yardage, including two touchdowns.

However, communication from Fowler to the bench caused the delay of game penalties as they didn’t give quarterback Andrew Fowler time enough to get the plays off. Coach Fowler also played riverboat gambler as the Manta Rays successfully recovered three onside kicks, but he didn’t gamble on a crucial fourth down with one yard to go in the fourth quarter.

“The delay of game call was intentional,” Fowler said, with the Rays up 24-23. “I thought we would try to draw them offsides and punt if they didn’t.”

They didn’t, and the Rays punted with seven minutes left in the game. On the next play, the Celtics Ray Perry broke free for a 73-yard touchdown jaunt that started the downward slide for Marco Island. The Celtics would score twice more for the win.

For the Rays there were plenty of stars chasing their first district win ever. The Rays opened the game with Fowler completing a catch-and-run pass play good for 59 yards with Jaylon Addaway.

Marco Island Academy cheerleaders salute their football team as they break through the homecoming banner on Oct. 10. The Manta Rays went on to play a gritty game in a loss to St. John Neumann. photo By Roger Lalonde

Unfortunately on the next play, the Celtics recovered a fumble to end the drive at the Celtics 13.

The Rays were down 13-0 in the second quarter when Fowler tossed a lateral pass to Cole Stretton who threw downfield, catching Patrick Michel in stride for a 76-yard touchdown. Anton Mertens made good on the point after, but Perry took a touchdown jaunt, this time 49 yards, giving the Celtics a 16-7 lead at half time. A 44-yard touchdown run by Cayden Couture and a 27-yard field goal by Mertens put the Rays up 17-16 in the third quarter.

Perry put the Celtics back in the lead with a 17-yard run and the point after put them ahead, 22-17, but the Rays didn’t quit. Couture ran the kickoff back 27 yards to the Celtics 45. With fourth and inches for a first down, Fowler rolled out, throwing a pass that was tipped into Tyler Wallace’s hands for a touchdown. The extra point gave the Rays the lead at 24-22 before the Celtics took over.

“I didn’t feel comfortable the whole game,” Celtics coach Alfredo Molina said after the game. “It was just too close for comfort.”