Celebrating the Past and the Future 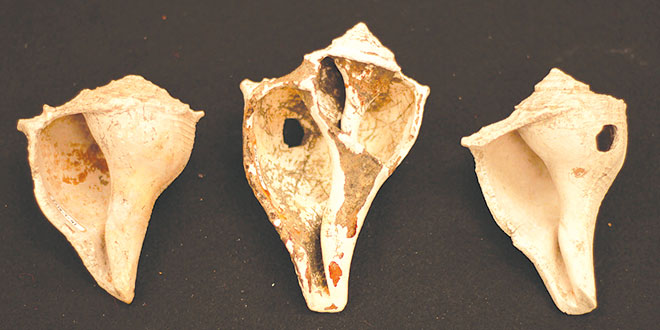 Dubbed “Paradise Found: 6,000 Years of People on Marco Island,” the ribbon will be cut on the exhibit Nov. 15 during a private donor reception, followed by a MIHS member preview on Monday, Nov. 17. It will officially open to the public on Tuesday, Nov. 18. It will be housed in the museum’s permanent exhibit hall along with the current Calusa Village exhibit, and is being constructed by Tampa-based Creative Arts Unlimited Inc.

“This is MIHS’s first permanent exhibit,” says museum curator Austin Bell. “It is a major milestone for the museum. The museum has been open for a while, but we still have a way to go. We are hoping the exhibit will reignite our MIHS members, excite Islanders, and draw more people to the museum.”

According to Bell, the exhibit was a long-time coming. The concept was developed before he was hired as the curator in June 2013, and he has been working on it every day since he came on board. “This exhibit was priority one for me, along with bringing our 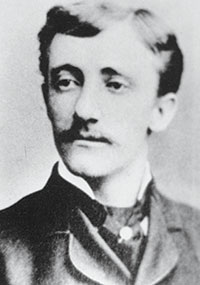 collections up to speed. It is about 18 months in the making,” he notes.

The exhibit will open with 10 new black and white line drawings and a full-color introductory mural by renowned Florida artist Merald Clark. It starts by telling the story of Marco Island and its inhabitants leading up to the Cushing expedition, covering every aspect, life form and indigenous peoples who influenced the history of the island. An exhibit case with pull-out drawers will detail fossils of ancient flora and fauna, as well as artifacts, art and tools found on Marco left behind by one of the three main groups of people — Archaic, Muspa and Calusa Indians — who have called the barrier island home for the last 6,000 years.

“Horr’s Island is actually the site of the oldest known permanent year-round coastal village in the Southeast U.S.,” says Bell.

The nucleus of the display will be the story of artifacts found during the Cushing expedition. It will incorporate replicas of the original items by well-known artists Peter Sottong and Robin Brown, including the famed Key Marco Cat, a deer figurehead, an alligator head, some painted masks, a wooden tablet featuring an ivory-billed woodpecker, and a pelican figurehead. Bell also hopes to be able to obtain some of the original artifacts 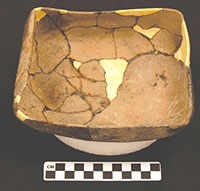 on-loan from the University of Pennsylvania, the Smithsonian, the British Museum and the Florida Museum of Natural History.

The pièce de résistance at the opening, though, will be an interactive touch screen that will allow visitors to “dig up” artifacts from a “virtual muck site” similar to the one Cushing explored at Key Marco. Funding for the state-of-the-art touch screen system and much of the exhibit came from the City of Marco Island. “Ultimately, we designed this exhibit keeping the original artifacts in mind,” Bell explains. “It is a rigorous two-year process to get a loan from the Smithsonian…I have been in communication with the National Museum of Natural History, and on Dec. 10, am headed there to meet with them, share our plans, and with their input, put together the formal loan request.”

Bell hopes — if the museum can meet all of the special conditions and capabilities required by the Smithsonian to ensure the integrity and security of artifacts — to be able to bring the Key Marco Cat back to the Island for the exhibit. He has already secured 14 original artifacts for the exhibit on-loan from the Florida Museum of Natural History, three of which were actually excavated by Cushing himself. 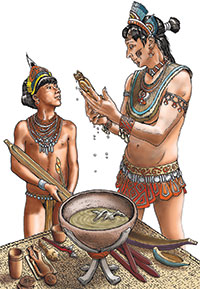 the world and proved its significance in Florida’s rich history. “Among archaeologists, it is one of the most well-known expeditions in North America,” says Bell. “Right here on this small island, we have some of the most famous examples of archeological materials; it is extremely rare to find such well-preserved artifacts like Cushing uncovered, because many were made out of wood and plant fiber, and those don’t generally last over time. We haven’t seen them before or since.”

The story of the Cushing expedition actually begins in 1895 with another expedition by British Lt. Col. C.D. Durnford. At that time, Durnford was digging in the area of the Old Indian Ditch (the “Calusa Canal”) in Naples when he got word and came to Marco to see what items Capt. W.D. Collier had pulled from the muck of Old Marco. Durnford found a wood trencher with carved handles, a clam shell funnel, netting of three-ply cord, 20-30 float pegs and a number of other artifacts. Durnford published the first article on Marco Island archaeology in “American Naturalist” (Nov. 1895). The items uncovered by Durnford now reside in the British Museum in London. Bell recently visited these artifacts and commenced discussions with the British Museum regarding a possible return of them to Marco.

Before leaving for England in April 1895, Durnford stopped in Philadelphia at the University

of Pennsylvania to see Dr. William Pepper who involved anthropologist Frank Hamilton Cushing. Cushing was totally enthralled and quickly left for Southwest Florida in May of 1895. On June 3, 1895, he reached Marco Island for the first time, and spent two days digging in the muck of Old Marco in his preliminary investigation of the site. Cushing’s initial finds resulted in the Pepper-Hearst 1896 Expedition.

Cushing began this famous expedition in Tarpon Springs, where he, his crew and a team of excavators boarded the Silver Spray, a 2,187-ton schooner with six sails. It was one of a fleet of sponging vessels owned by Jacob Disston, whose brother, Hamilton, was at one time the single largest landowner in the United States having acquired 4 million acres of Florida land including what would later become the City of Naples.

The expedition left Tarpon Springs on Feb. 23, 1896, and made a quick stop in Charlotte Harbor, arriving in Old Marco (then “Key Marco”) three days later. The Silver Spray was moored in Old Marco during the dig and used as their headquarters.

After working tirelessly in the heat, mosquitoes and mud to uncover treasures for almost two months, the expedition left Marco on April 19. By May 10, Cushing had left the Silver Spray in Tarpon Springs and shipped 11 barrels and 59 boxes of specimens from

Key Marco. More than 2,000 objects of shell, wood, fiber and pottery were found in a small area of Old Marco called by Cushing the “Court of the Pile Dwellers.”

Bell points out that Cushing’s expedition was ground-breaking for a number of reasons. First, was the well-preserved state of the artifacts thanks to spending years sealed in a heavy layer of muck which prevented oxygen from reaching the artifacts and destroying them, while the alkaline from the adjacent shell mounds neutralized the corrosive acids normally found in decaying peat. Second, it was the first major archeological expedition to use a grid system for excavating the site. Finally, the expedition had an official artist, Wells Sawyer, who made color sketches and took roughly 300 black and white photographs of the artifacts as they were removed from the muck.

“We know what they looked like in their original state of excavation,” notes Bell. “Some of the wooden artifacts that were woody and pulpy fell apart as soon as they were removed.”

Bell admits that planning, designing and managing his first major exhibit was not without challenges. Between administrating a limited budget and a variety of expectations for the exhibit, he learned some very valuable lessons. “Usually, you have a small army to put together an exhibit,” he explains. “My army consisted of the MIHS Exhibit Committee and 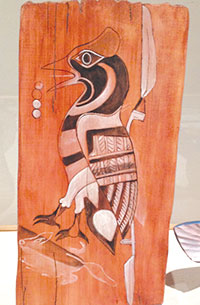 a network of archaeologists I reached out to for input. Dr. William H. Marquardt from the University of Florida helped a great deal…MIHS board members were passionate about their vision as well, we took pieces of everyone’s visions and incorporated them all.”

He also concedes that choosing which artifacts and what information to include in the exhibit was a challenge. “We didn’t want to overwhelm people,” he adds. “We want people to come away with more through a balance of script, images, artifacts and replicas.”

In the end, Bell and the MIHS board succeeded, and they plan to do it all again. Plans are already underway for a permanent Modern Marco exhibit, which will cover the time period beginning in 1965 to the present and tell the story of how Marco Island came to be what it is today. With Modern Marco’s 50th anniversary on the horizon, the museum’s archives are bursting with artifacts that relate to this era, and a story line is in development. Bell hopes to have the exhibit installed late next year.

The museum will round out its permanent exhibits with a room devoted to the pioneers of Marco Island, beginning with the 1870 settlement of the area by W.T. Collier’s family and traveling through time to 1960 when Hurricane Donna swept through Marco, effectively ending the pioneer era.

One response to “Celebrating the Past and the Future”