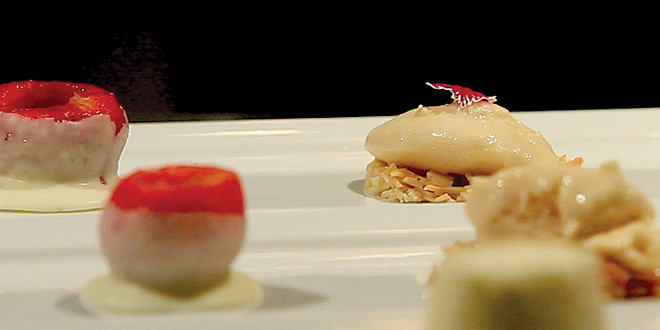 The culinary creativity of Jon Phillips seems endless. With a resume that reaches multiple continents, Phillips has continued to refine his talents, reaching all of Southwest Florida with his catering company, CaterMasters and new restaurant, The Catch.

Born in Cleveland, Ohio, Phillips moved to England when he was four; he picked up the brilliant (as they say across the pond) English accent but left the often considered bland food of the country behind. That’s because Phillips was lucky enough, as he says, to be able to eat at some of the finer restaurants as he grew up which created his passion for food.

Three years of culinary school in both Aylsbury and Oxford led to the honing of talents learned in class through work in restaurants and pubs. Phillips then began working in food operations for the BBC, the television broadcasting company which holds, “12,000 employees in one square mile – and they all need to be fed.” Phillips developed new concepts for the company, including introducing healthier meals and creating easier ways to distribute them.

In 1995, Phillips made a major life change, opting to move back to the U.S. “My parents had been coming to Marco for 35 years so I thought, if I’m coming back to America, let’s start 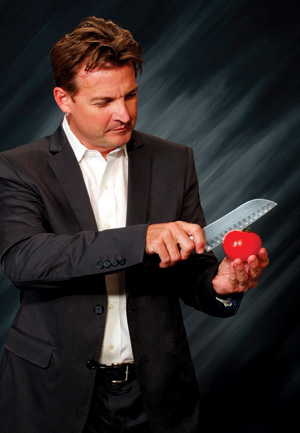 Jon Phillips of CaterMasters and The Catch.

with Marco Island. I love Colorado so I was eventually going to move there, but I never did because I fell in love with Southwest Florida.”

Starting out, Phillips was hired as the Food and Beverage Manager for the Marco Island Hilton, then moved on to do the same for Fiddler’s Creek. He was the Beverage Director at the Marco Ocean Beach Resort and Food and Beverage Manager for the Naples Philharmonic. “It was there that I hit my 40th birthday and I really wanted to do something entrepreneurial. I thought, if I don’t do it now, I never will. It was a life-changing decision. A true statement I had sort of realized,” he explains. “That’s when I purchased what was then called Cinderella Services,” a local catering company which had been around for ten years.

The year was 2007 and Cinderella Services quickly became CaterMasters. The catering company services anywhere from Marco Island to Fort Myers. “We’re a team of professional chefs. It’s not about ‘Jon Phillips.’ It’s about a team of the best chefs working together to create an extraordinary dining experience.” With a team of at least six full-time professional chefs, CaterMasters has strength in numbers. This gives the company the ability to create multiple food ideas for multiple events all happening 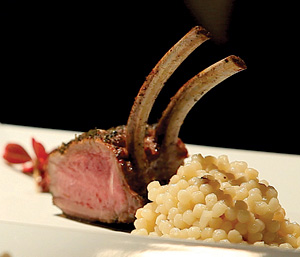 CaterMasters served its signature rack of lamb with black truffle couscous and micro carrots at the 2013 Southwest Florida Wine and Food Festival.

at the same time.

Weddings, corporate functions, private parties and breakfast, lunch and dinner buffets all fall under the CaterMasters umbrella of service.

As CaterMasters does, “we had been catering for the hotel at Port of the Islands for over two years because the hotel had no working restaurant,” explains Phillips. “Last summer I was approached to take over the bar and restaurant and it’s ben an absolute joy.” Phillips’ new restaurant, The Catch, “serves home-cooked food that everyone enjoys – baby back ribs with our signature sauce, chicken pot pie, liver and onions, fried fish and much more.”

At The Catch, patrons won’t find a meal priced over $15.95. “We feel that good food at a reasonable price in a clean and enjoyable environment will without a doubt create a successful business. People need to come find us and know that we’re out here, and once they do, they’ll be back.”

The Catch is located at 25000 Tamiami Trail East, inside the Port of the Islands Resort and is open Tuesdays through Sundays from 4 PM until 10 PM. The Catch also offers a $10.99 chef-attended breakfast buffet on Sundays from 9 AM until 1 PM. Call for more information, directions or reservations at 239-394-3005.

To find out more about what CaterMasters has to offer, visit www.catermastersinc.com or call 239-775-0040.