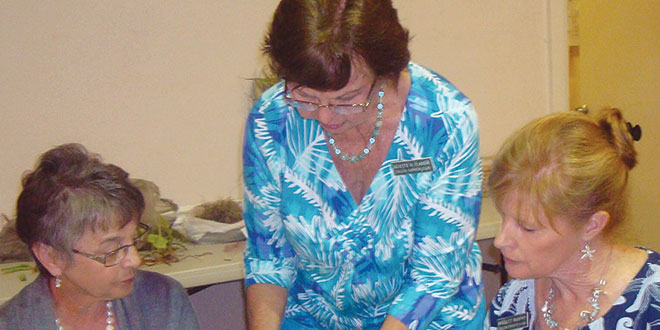 Marco Island’s Calusa Garden Club held their first meeting of the year on Jan. 12. Prior to the meeting a workshop about air plants was presented by Connie Lowery.

During the meeting, it was announced that president Dale DeFeo had won two state awards: “The Mentoring Award” and a petite floral design award, which will be featured in the 2016 calendar. DeFeo, a well-known floral designer, presented the program after the meeting. It was titled “Blue Ribbon Horticulture Entries and Pot e’fleur.”

A field trip, planned by Opi DeFalco, will occur in March and will be open to the public. Sue Oldershaw also 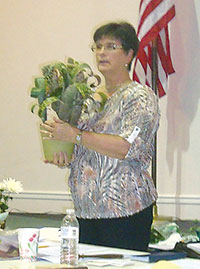 announced upcoming Gad-About trips, which will include Naples Botanical Gardens, the Clyde Butcher Gallery and a visit to the Corkscrew Swamp Boardwalk.

The annual flower show will be held March 7-8, 10 AM-4 PM at the Marco Island Center for the Arts. It will be free to the public. Donations are appreciated. This year’s show is titled “The Beautiful ‘B’ of Island Living — Beach – Birding – Boating – Building.”

Calusa Garden Club meets on the second Monday of the month from October through April, usually at Wesley United Methodist Church, 350 South Barfield. Call 239-394-1425 or log on to Calusa.org for further information.