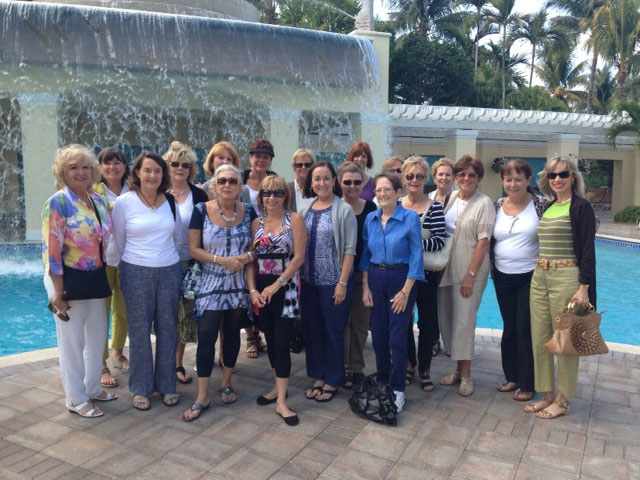 Gems & Jewels of Marco Island on its Annual Mystery Day in Bonita Springs.

“AAUW has been making progress since day one,” pronounced House Minority Leader Nancy Pelosi (D-CA) this week to a room filled with AAUW members and other women from the Florida area.

The AAUW Palm Beach County (FL) Branch hosted an event Wednesday on women’s economic justice issues with Pelosi and Rep. Lois Frankel (D-FL). Women from Miami, Naples, St. Augustine, Palm Beach, and other areas of Florida gathered at a community center in the Village of Palm Springs to share their personal stories and concerns about issues facing women today — from equal pay to passing the Violence Against Women Act.

Napper shared her personal experience with Zahorik v. Cornell University — also known as the Cornell 11 — an equal pay case supported by AAUW’s Legal Advocacy Fund. Napper is fighting today for equal pay so that her granddaughter doesn’t have to worry about being paid less than her worth.

Daniel talked about her family’s efforts 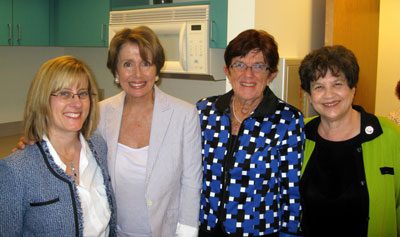 to achieve the American dream and of her hope to become a lawyer — a hope that was almost crushed when a female lawyer bluntly informed her that she would never make as much money as a male lawyer. Now preparing for law school, Daniel advocates equal pay so that one woman will never again discourage another from pursuing her professional dreams simply because she is a woman.

Pelosi concluded the speaking portion of the event by quoting President Barack Obama’s State of the Union address calling on Congress to take action. “‘We know our economy is stronger when our wives, mothers, and daughters can live their lives free from discrimination in the workplace and free from the fear of domestic violence,’” she said. “’I ask this Congress to declare that women should earn a living equal to their efforts, and finally pass the Paycheck Fairness Act this year.’”

Those in attendance then snacked on cupcakes decorated to promote equal pay and women in math and science and had the opportunity to talk with Pelosi and Frankel individually about their own stories.

Our members left the event excited and energized to continue making the kind of progress AAUW has been working for since day one.

This post was written by AAUW Associate Director of Field Operations Samantha Galing.