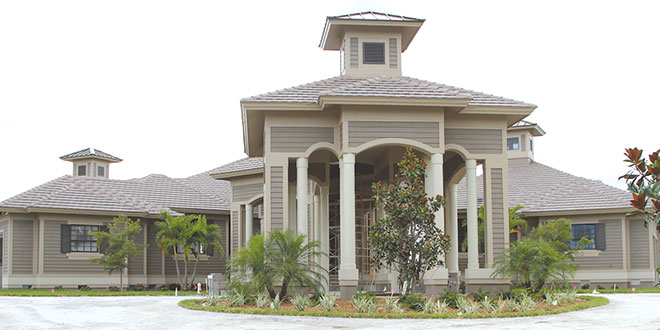 Drive around Marco Island for five minutes, and it’s likely you will pass a structure built by APM Custom Homes, a locally-based residential and commercial development and construction company. Currently, there are more than 100 custom homes and a number of familiar commercial and retail buildings, such as the Schilling Professional Building, Sanitasole Health and Wellness Center and Mango’s Dockside Bistro (formerly Guy Harvey Island Grill), to APM’s credit.

Builder Todd E. Schneider began leaving his mark on Marco in 2000 when he built his own house for speculation. “I saw that builders were selling the same models over and over. I would drive around the island and see the same homes. I felt that spending the dollars it cost to build here, each homeowner should get something special to fit their specific need,” he said.

To that end, Schneider uses a hands-on approach to custom home building which allows him to guide homeowners through every step of Design and building process. It begins with the planning and design; homeowners can also use an architect of their own choice.

“It is crucial to find out what the client wants in a home,” noted APM’s Renee Geatches. “Todd is there for every part of the process, even the interiorand exterior design.”

Another key aspect of APM’s success is its commitment to completing projects on time and on budget. Schneider said he understands the urgency and importance of this in part because of his involvement in major retail developments throughout his career. “It shouldn’t take more than a year to complete your dream home,” he added.

Before coming to Marco Island, Schneider worked as construction manager for Toys R’Us. He traveled across the US building new retail stores, including the Naples Toys R’ Us. In the 1990s, he was involved with the “Concept 2000 Program” with TRU and competed the first prototype at the Florida Mall in Orlando. He was in charge of TRU’s construction of distribution center’s in the US and Germany. This fast-track approach to construction resulted in the completion of a 1,000,000-square-foot project in Orlando in less than six months.

Back on Marco, APM tries to remain in its comfort zone of completing 10-plus custom homes on an annual basis, although the company has done as many as 20 homes in one year. Schneider continues to wow with his unique designs and commitment to building a one of a kind custom designed home. “The success of my career depends on it,” he said.

Schneider’s advice for building a custom home on Marco Island:

In the end, it is about trust and longevity, and APM has been able to establish that with its clients time and again, even building multiple homes for clients as well as homes for their families.

“Builders come and go, and we have been steady since 2000,” said Geatches. “We are here for your kids and your kids’ kids.”