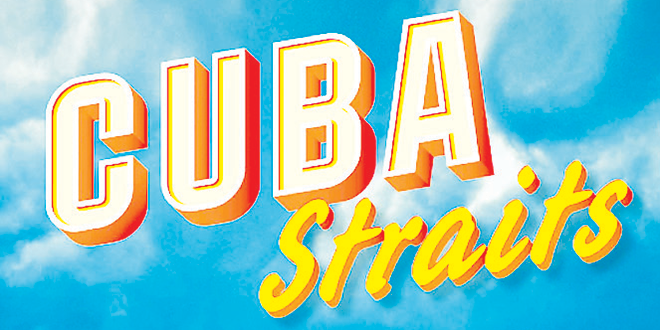 What a treat! Randy Wayne White will be hangin’ out with Marco Islanders, telling a few fishing stories and signing his new book, Cuba Straits, on Tuesday, March 24 at 3:00. This event is free and open to the public courtesy of Sunshine Booksellers, 677 S. Collier Boulevard. Cuba Straits Randy Wayne White in Cuba? I thought he stuck to southwest Florida locales for his thrillers involving Doc Ford and his sidekick, Tomlinson. But White knows Cuba pretty well. He told me that 1980 was a formative year for him as well as thousands of Cuban refugees. For complicated reasons, Fidel Castro told his people that if the “blood of the revolution,” wasn’t in their hearts, all they had to do was sign a paper and they were free to leave the island. When word reached the U.S., hundreds of private vessels mustered in Key West for the 112-mile trip to Mariel Harbor. Randy Wayne White was on one of them. He spent more than a week in Mariel and returned on a 55-foot grouper boat overloaded with 147 people who, when they raised Boca Chica, took 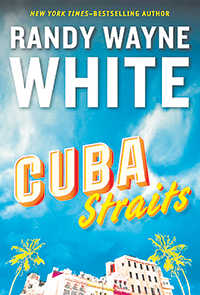 up this chant: Libertad…Libertad…Liberty. Present-day Cuba is the setting of best
seller White’s timely 22nd Doc Ford thriller (after 2014’s Bone Deep). The former dictator of Masagua, “a tiny [fictional] country that exported bananas and revolution,” turns to Ford for help after he temporarily “loses” Figueroa Casanova, a Cuban baseball player he smuggled into the U.S. Casanova wandered off from his St. Petersburg, Fla., motel, carrying a briefcase full of letters written by Fidel Castro to the dictator’s mistress from 1953 to 1963. Ford’s unpredictable sidekick, Tomlinson, manages to locate Casanova and decides to return him and the Castro letters to Cuba. When Ford learns that a Russian spy, among others, is after the letters, he heads to Cuba to find Tomlinson. More than one distraction diverts Ford from his mission, including investigating the legend that three American ballplayers buried their new motorcycles in Cuba the day Castro took power. White smoothly combines history, action, and colorful characters into a savory concoction easily devoured in a single sitting. Call us at Sunshine Booksellers 239393-0353 with any questions about this event. If you can’t make it, but would like an autographed copy of the book, they will arrange for that too.