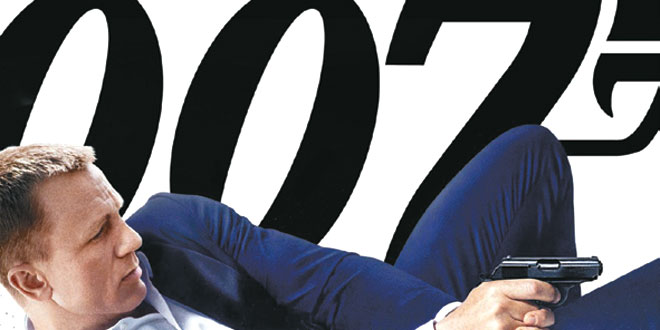 For the fiftieth anniversary of the James Bond movies, “Skyfall” is a perfect fit. Daniel Craig ranks one or two with Sean Connery as the best Bond of all. This Bond is very different. He’s not the suave, sophisticated James of yore, although he manages to handle a tuxedo fairly well. This is a gritty, darker Bond. This one can handle a motorcycle with the best while being able to play baccarat with the wealthiest. Of course, “Bond – James Bond” has his romantic moments, but they are momentary as he proceeds from peril to peril. He succeeds in getting shot and retreating to a dark period of drink and despair, before coming back to life. He looks older and reflects the bygone days very appropriately. In some circles he’s even regarded as a passed-over retread.

“Skyfall”, under the apt direction of Sam Mendes, manages to be playful in the midst of very serious stuff, including some ugly hand-to-hand combat. As usual, the opening scenes are riveting, and the photography is sensational, from Istanbul to Shanghai to London to Scotland. In this version the action moves from a general attack to a very personal one as the story is told.

There is enough throwback, including the old but ever-dangerous Aston Martin from the Connery days and references to life in the old days (“You were expecting exploding pens? We don’t do that anymore”, says the new “Q”) to satisfy any Bondophile. Istanbul, by the way, was a key locale in “From Russia With Love”, the second and one of the best of all the series. Craig outdoes himself in a grueling fight on a moving train, and has a progression of raw encounters leaving him bloody and beaten, although not either shaken or stirred like one of his Martinis.

The villain of the piece is a blond Javier Bardem, and he is spectacular. He’s even playful and witty while causing mayhem as he sets about to destroy MI-6 and “M”, acted wonderfully by the amazing Judi Dench. Ralph Fiennes appears as a new boy in the MI-6 structure, and the new “Q” is a computer nerd, far from the old gadget whiz.

There’s a clear signal at the end that Mr. Bond will return, and that’s great news if his next adventure is as good as this one.