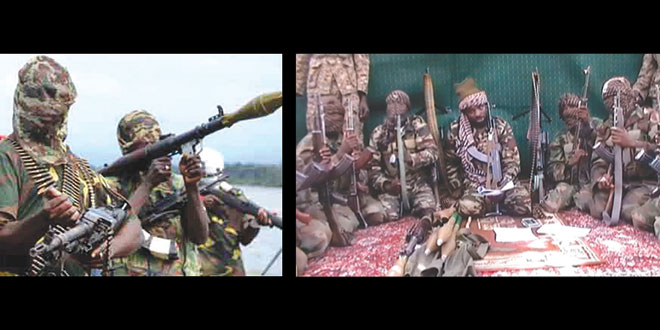 It was April 14, 2014. In the small town of Chibok, Nigeria there was only a small contingent of poorly armed police and soldiers when approximately 200 Boko Haram fighters on motorcycles attacked and raided the Government Girls Secondary School. Vastly outnumbered and badly outgunned, the so called “security forces” fled. Boko Haram forces entered the school and loaded approximately 300 innocent school girls, some as young as nine, into buses and trucks and disappeared into the dark of night. Along the way to the hideout, a number of girls bravely escaped by running away. As of today, 247 young girls remain in the hands of these savages whose leader, Abu-Bakr Shekau, posted a video on YouTube announcing “Allah ordered me to sell these girls. I have girls for sale.”

It has been reported that Nigerian security forces may have been warned that Boko Haram was on the move four hours before the militants stormed the school and kidnapped 300 girls. “But they had neither the soldiers, nor the guts, to take on the Islamic fanatics,” according to a report by Amnesty International. “This abduction could have been prevented,” said Amnesty International spokeswoman Susanna Flood.

Who are these savages? What motivates them? What do they want? What can we do to stop them? Answers to these questions may be obvious to most of us “regular” people, yet when politics and politicians get involved in these matters answers get unnecessarily complicated with fatal results. And as a result of these self-imposed complications we have been in a “response” mode for the last few years rather than a “pre-emptive” mode as we should be.

Who are these savages? Boko Haram was created in 2002 in Maiduguri, the capital of the northeastern state of Borno, by Islamist cleric Mohammed Yusuf who led a group of radical Islamist youth in the 1990s. The group aims to establish an Islamic state in Nigeria which includes the implementation of criminal sharia courts across the country. According to Paul Lubeck, a University of California professor who studies Muslim societies in Africa, Yusuf was a “trained Salafist” (A school of thought often associated with jihad.). The official name of Boko Haram is “Jama’atu Ahlis Sunna Lidda’awati Wal-Jihad,” or “people committed to the propagation of the prophet’s teachings and jihad.” It is, however, widely known as Boko Haram, which colloquially translates into “Western Education is sin.”

The group did not aim to violently overthrow the government before 2009. However, violent clashes between Christians and Muslims and harsh government treatment of their members may have led to the radicalization of the group. Their followers consist largely of impoverished northern Islamic students and clerics, as well as professionals, many of whom are unemployed. In July of 2009, Boko Haram members, who use motorcycles as their main means of transport, refused to follow a “helmet” law. Police responded heavy-handedly and this set off an armed uprising in the northern state of Bauchi; it then spread into the Borno, Yobe and Kano. More than 800 were killed and Yusuf was captured and executed. His execution was televised by the government.

By 2013, Boko Haram was greatly influenced by “al-Qaeda in the Islamic Maghreb.” They murdered 65 students while they slept at the agricultural college in Yobe state in September 2013 and beheaded truck drivers on northern Nigerian Roads using chainsaws. In 2014, in the state of Abuja, a bus station was bombed resulting in the 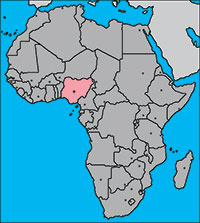 deaths of nearly 100 innocent men, women and children. This was the last event before the abduction of the girls.

Boko Haram fighters don’t necessarily follow Salafi doctrine. Many foot soldiers are drawn from impoverished, religious and uneducated youth. Some fighters claim to have been trained in Iran and are part of a Shiite Muslim group while others were involved in other conflicts in Nigeria and the Sahel region and are now caught up in the latest violent extremist group.

What motivates them? One can never be sure. The majority of them are religiously and fundamentally uneducated, extremely poor youth who have been picked up from small villages and trained. They are motivated by their leaders who want to turn Nigeria into an Islamic state and enforce Sharia law under which women are oppressed, pushed aside and used as nothing more than slaves with absolutely no rights at all.

Nigeria is an economic giant in Africa. Oil drives this economy upwards while massive corruption and poor governance drives it down. The wealth does not reach the lower classes of the population and this feeds into the radicalization of the masses. Human Rights Watch said in a 2011 report that “corruption is so pervasive in Nigeria it has turned public service for many into a kind of criminal enterprise.” When such government corruption and perceived or real state of inequality amongst the population exists, a group like Boko Haram uses the growing grievances to promote the idea that an Islamic state would bring a better and more just government to power.

What do they want? Nigeria is Africa’s most populous country. With more than 174 million people and nearly 350 ethnic groups speaking 250 languages, the country is split between Muslims and Christians, with 10 percent of the people following indigenous sects. Trying to govern such a diverse country, where the population is basically divided between two major religions, is no easy task. Decisions are not made or implemented in a timely fashion. Everything is subject to dispute since regulations are not followed or ignored. For example, it is generally believed that the dispute over the 2011 election results, which led to more than eight hundred deaths, may also have played a role in Boko Haram’s escalating violence. Experts say many northern Nigerians view the presidency of Goodluck Jonathan, a Christian, as illegitimate, arguing that he ignored an informal power-rotation agreement that should have kept a Muslim as president. According to experts, “political tensions in Nigeria will increase if Jonathan wins the national elections in 2015, or if there are no elections because of the unrest in the North,” Campbell says.

It is now almost certain that Boko Haram has ties to al-Qaeda in the Islamic Maghreb (AQIM), which operates in northwest Africa, Somalia’s al-Shabab, and al-Qaeda in the Arabian Peninsula.

What can America in particular and the West in general do about Boko Haram? In the short-run we must do everything available to us (sending advisors and experts to Nigeria) to help the Goodluck Jonathan government find the kidnapped girls and free them! This seems to be the only right thing to do. In the long-run, the West, including the U.S. Government, will have to collectively make drastic changes in their thinking and policy-making. Any Jihadist group must be seen and named for what they are: “terrorists.” We must learn to stay away from creating euphemisms when dealing with dangerous people and groups. Calling Boko Haram “freedom fighters” and refusing to name such groups as “terrorists” will

only help them flourish and grow. We as Americans and freedom loving people should accept nothing less from our elected government.

The State Department under Secretary of State Hillary Clinton, following the advice of 52 College Professors and against the advice of career State Department officers and military commanders in the field, fought hard against placing the al Qaeda-linked militant group Boko Haram on its official list of foreign terrorist organizations for two years. In May 2012, then-Justice Department official Lisa Monaco (now at the White House) wrote to the State Department to urge Clinton to designate Boko Haram as a terrorist organization. The following month, Gen. Carter Ham, the chief of U.S. Africa Command, said that Boko Haram “are likely sharing funds, training, and explosive materials” with al-Qaeda in the Islamic Maghreb. And yet, the State Department declined to place Boko Haram on its official terrorist roster. And now, lawmakers and former U.S. officials are saying that the decision may have hampered the American government’s ability to confront the Nigerian group that shocked the world by abducting hundreds of innocent girls. Secretary of State John Kerry eventually added Boko Haram and its splinter group Ansaru to the list of foreign terrorist organizations in November 2013 following a spate of church bombings and other acts that demonstrated the group’s escalating abilities to wreak havoc.

The U.S. government’s failure to move more quickly to list Boko Haram as a terrorist organization and bring U.S. resources to track and disrupt their activities has had drastic consequences. As it was in the case of Benghazi, misinterpreting events and making politically convenient decisions based on local politics instead of making effective decisions driven by a concern for our national security based on information gathered on the ground has once again had deathly consequences. Four Americans dead in Benghazi and over 200 innocent young girls captured in Nigeria.

As I have done in the past on so many occasions, I am calling on all our leaders to stop making decisions that affect all of us based on their particular ideology, politics or self-aggrandizement. We must all learn to think in broader terms. We should never let organizations like Boko Haram take hold anywhere. Let us all understand that Radical Islam is not just an enemy of Christians and Jews around the world; it is an enemy of all Muslims around the world who want to practice their religion in peace.

Organizations like Boko Haram cannot be supported or viewed with sympathy at any level. Demands for sharia law which demeans and oppresses women should never be taken seriously at any time. It is also time for those who want to choose to regard Boko Haram as a “liberation force” or “freedom fighters” to stop immediately and face reality. Freedom fighters and Liberators do not behead truck drivers with chain-saws, kill agriculture students while they sleep or kidnap young girls from their school dormitories and threaten to sell them as slaves.

The kidnapping of these schoolgirls should not be viewed as an isolated tragedy; this incident reflects a new wave of jihad that extends far beyond Nigeria and poses a mortal threat to the rights of women and girls everywhere.

Today on Mother’s Day, as I write this article with total respect and love for all mothers around the world on my mind, I ask everyone to especially keep the Nigerian mothers whose young daughters are in the hands of savages in their thoughts and prayers…