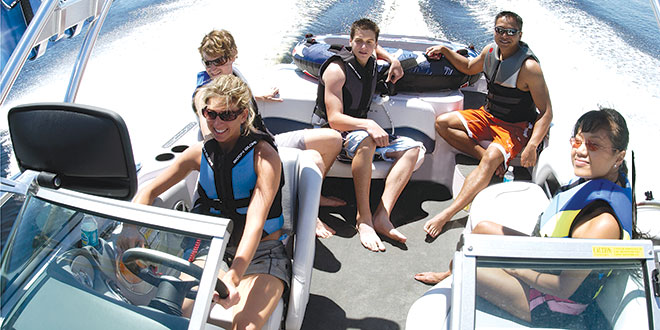 Even though boaters are normally out on the open water, carbon monoxide still poses a significant threat. This odorless and colorless gas is extremely poisonous and was almost fatal on a recent boating trip. We had 12 boats cruising lazily down the Florida Intracoastal. Suddenly, the boat in front of us started to weave side to side. Shortly after, it swerved hard to starboard and headed toward the shoals.

The captain didn’t answer my hail, and when I pulled alongside, we found him lying on the deck with his wife trying to revive him. In short, he had been overcome by carbon monoxide resulting in a partial loss of consciousness. We were able to get him to his feet and into a fresh breeze, which brought him around with only a headache.

In retrospect, his boat was a virtual trap for carbon monoxide. He was traveling slowly with a following wind, and all the side curtains were up. The exhaust fumes blew back into 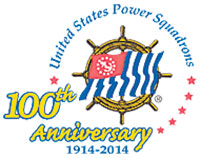 the cockpit area, which trapped and held the fumes.

Every boater should be aware of the sources of carbon monoxide and how to prevent the accumulation of fumes. Your generator and engine exhaust manifolds must be tight and sealed with good gaskets. Incredibly, charcoal grills have been the source of carbon monoxide poisonings as have other galley appliances. For boats with a cabin, it is a good idea to purchase and install carbon monoxide detectors.

A generator presents an insidious threat. Generator exhaust can be deadly when you are asleep and unaware of your symptoms. For this reason, it is particularly important that the generator exhaust system is tight and properly vented.

There has been a lot of publicity over carbon monoxide tragedies with houseboats on the lakes of the Midwest. Swimmers would gather near the swim platform or under the catamaran type hull, and then be overcome from trapped engine or generator fumes. These incidents have caused a new set of regulations regarding hull design on newer houseboats. 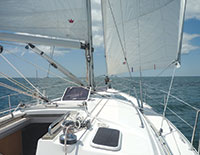 symptoms of carbon monoxide poisoning may include headache and a blue cast to lips or fingernails. As exposure time lengthens, victims experience dizziness, emotional episodes, confusion and ultimately a loss of consciousness. If the symptoms are caught early, oxygen is the best antidote. Get the victim into fresh air, and with a little luck, they will clear their systems with only a little headache. If a person does not respond rapidly, get them to a hospital as soon as possible.

Carbon monoxide poisoning is well covered in the United States Power Squadrons ABC Boating Class in a chapter called, “Boating under Adverse Conditions.” This chapter is only one of the 11 chapters in the entire course. To become a truly safe and knowledgeable boater, I encourage you to sign up for the next set of classes. It will make you a better boater, and may well save someone’s life.