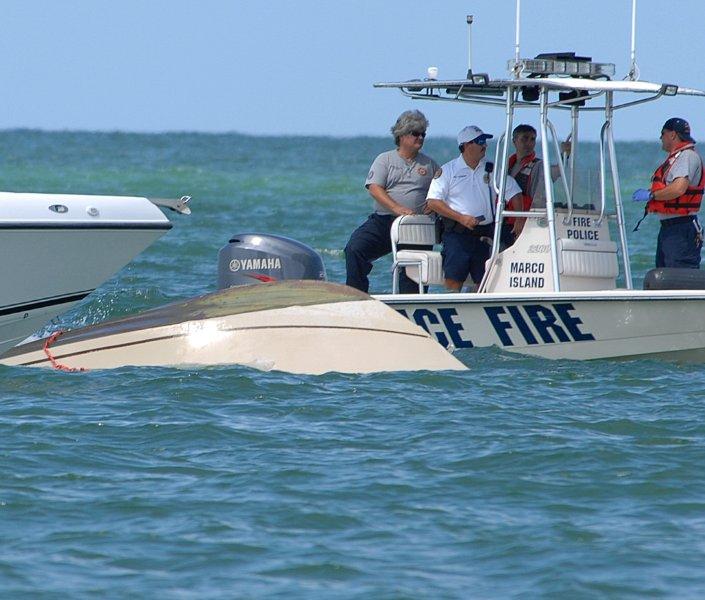 On Sunday, August 8, at approximately 11:30 a.m., Marco Island Police units responded to a report that a vessel that was sinking approximately 400’ off the beach at 960 S Collier Blvd –  in the vicinity of the rock jetties which are located off-shore from the noted address. Communications personnel advised the vessel was occupied by six people and there were other vessels / good Samaritans on scene attempting to assist.

The owner of the boat along with his crew, all of whom reside in Naples, are listed below:

The vessel was removed from the scene by SeaTow. There was no environmental impact from the incident.