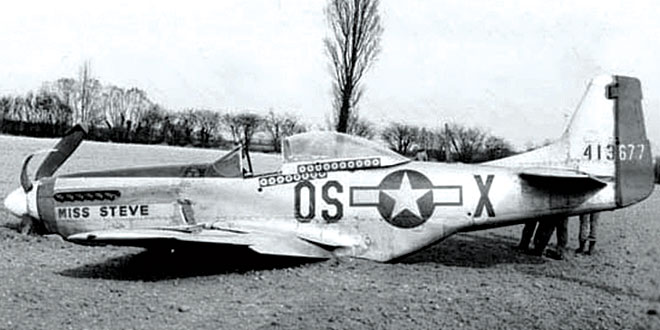 Bill Cullerton, one of America’s top fighter aces during World War II, died on January 12, 2012 at the age of 89. He and his wife, Steve, made Marco Island their winter home for the past 40 years. He was credited with destroying at least five enemy aircraft in aerial combat plus 15 more on the ground and damaged nine.

“With 21 kills, he ranked as the third-highest strafing ace in the 8th Air Force, and flew for the 355th fighter group,” said John J. Kevil Jr., who wrote a book about Mr. Cullerton, “The Last Dragon of Steeple Morden.” The dragon was the symbol of Mr. Cullerton’s squadron, which flew out from its base in the English town of Steeple Morden.

After being shot down behind enemy lines, Bill was captured by a Waffen-SS Officer who shot him in the stomach with his own pistol and left him for dead.

He was taken to a German hospital where, miraculously, he was able to escape with the help of one of the doctors. The doctor happened to be Jewish and told Cullerton to jump out of a particular window because there was a 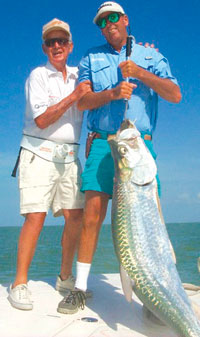 pile of sheep manure underneath that would cushion his fall. He took the doctor’s advice and was able to flee and live to tell about it.

Upon his return to the United States he married his boyhood girlfriend, Elaine (Steve) Stephen. They settled in Elmhurst, Illinois and raised their family.

Mr. Cullerton was a founding member of the Illinois Conservation Foundation and was elected to the Outdoor Hall of Fame and the Freshwater Fishing Hall of Fame. He was also well known in the Chicago area where he built a loyal fan base as the host of WGN radio’s “Great Outdoors” show.

For those interested in hearing more about one of our last World War II fighting aces, you can read his story in the book written by John J. Kevil Jr., “The Last Dragon of Steeple Morden.” Cullerton can also be seen and heard in a documentary that is part of the series, “Vanishing Cultures-An American Portrait,” as he tells about his experiences in the war on YouTube at: www.youtube.com/watch?v=JRld7xgB2Bk

In addition to his wife, Mr. Cullerton is survived by his daughters, Pamela Brinkman, Cynthia Giesche and Christine Picchietti; his sons, Bill and Marc; 19 grandchildren, and eight great-grandchildren.