Better to Own a Safe Than Sorry 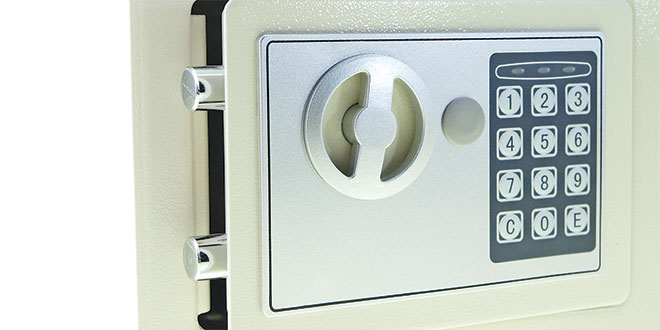 It’s a fact: there have been a rash of burglaries on our safe and secure island paradise. Barely a couple of weeks go by where I face a sobbing and distraught customer describing to me what was lost due to a break-in or a “misplacement” of valuable jewelry. Try and guess how many of these unfortunate souls are looking for appraisals on the lost articles? “It was a diamond ring that kind of look like this (crude drawing) and I think it was yellow gold, I’m not quite sure of the diamond size or what I paid.”

Not intending to be cruel, a couple of clichés come to mind, “The horse has left the barn.” Or, “That ship has sailed already.” Cold hard fact, you can’t have your jewelry appraised after it was stolen or misplaced…period. Kind of like looking for boat or aircraft insurance after you sank or crashed and burned your new toy. Good luck with that!

It is totally unethical and illegal for me or any appraiser to appraise a piece without having the article in ones hands and seeing it with our own eyes; If that was the case any person could say they own half the crown jewels of England, fourteen Picassos, two Rembrandts, and the cruise ship Queen Mary that suddenly became missing. Now pay up!

It’s no fault of our local police, from what I heard many of the thefts happened in broad daylight, and they can’t be everywhere at once. Plus it couldn’t hurt to report suspicious activity in your neighborhood, for example a band of gypsies carrying a wide screen TV, along with numerous household appliances including the gold fish tank from your next door neighbor’s house, while Bob and Babs are in Key West for the weekend. I’d call that suspicious.

Years ago a condo complex across from Residents Beach had front doors crowbarred open in the height of season in the middle of the day, when one of the victims simply went to the food market. They lost all valuables in sight. It only takes seconds.

I remember a rash of thefts a few years ago where a tribe of Gypsies (Is that politically correct? Sorry, it is what is) were having a field day on the island, many times the perps (Is that better?) would walk in an unlocked house with the garage door wide open and help themselves to the whole house while the homeowners were in the backyard sunbathing, cleaning the boat or pruning the garden. Keeping one’s doors locked may have helped here.

Only recently, for the very first time, I accidently and stupidly left my car unlocked in my driveway overnight and the next morning someone (or possibly more than one person) rifled through my entire car looking for whatever was valuable, but I saw nothing missing. Scary for me, my home alarm has now been upgraded with cameras so I can see what’s going on in-and-outside home from my desk at work.

The new bridge has also been a great convenience for the bad guys; it’s now easy on, easy off 24-7 and twelve months a year.

Besides having your valuable jewelry appraised and insured and kept in a safe place when not wearing, it’s also a smart idea to have a safe deposit box in the same bank you keep your money- wise, but a little inconvenient. A hidden home safe is a perfect remedy for keeping your valuables safe and sound.

My friend Mark is the owner of Gulf Island Lock and Safe located on Front Street (My former location, to be exact!) and he or his staff can show you a variety of small inconspicuous home safes that will more than do the job. Some bolt to the floor or wall, making them impossible to plunder. The investment is worth every penny.

There are lots of alternative methods for safe keeping; some good, some not so good. A friend I know used the fake everyday household products that are “safes” in plain view under the sink, etc., such as sink cleansers or an innocent ant killer spray can. The tops come off and you can hide your jewelry or cash inside. Only problem was one day his house cleaner assumed the “cleanser” container was empty and threw the can away containing a small fortune in cash. Down the drain so to speak…Ouch!

I knew a customer up north years ago that used to hide the wife’s jewelry and his cash in the cellar trash incinerator when they went on long trips; I think you can figure out where this is going? I was later presented a square block of fused jewelry that contained a couple of watches and what once was a collection of gold coins in a nice partly shiny, partly charred compact brick.

On another note, my grandfather, Alfred Gravallese, who beside being Italian, (I mean nothing derogatory against the Italians, it’s my heritage too), but back then they would rarely leave anything of value “laying” around the house, tough neighborhood or not. Besides Pa was a victim of the great first Wall Street crash, not to be confused with the last one, since then he never trusted banks – even 50 years later after that, and pretty much hid his valuables in the cellar, most specifically, his woodworking shop. My grandmother Josephine was an even more crafty covert, her trade was a professional seamstress. She would sew secret zippered seams in drapes, coat hems, table cloths even bed covers to hide her jewelry and cash. (Never hide anything in the pillow cases, she told me that’s the first place a thief would look.) We could all learn a thing or two from these “Old Timers.”

Needless to say when my grandparents were moved to a convalescent home they informed my mother about their “secrets.” The immediate family soon embarked on one of the most lengthy valuables hunt or what we still call the “Alfred Street Easter egg hunt.”

We found gold coins, cash and jewelry throughout Pa’s workshop, in jars of nails, hidden drawers in his workbench and behind secret wall panels. I even had to pull up a wooden door threshold, which he later suddenly remembered held cash and gold coins! I can honestly say I doubt we found everything. While in the process of donating some of my grandmother’s heavy winter coats my mom found yet another treasure trove of jewelry in one of the coat seams. She then checked every article in Nana’s closet. Not the smartest method of safekeeping if there was ever a fire, but a great out-of-sight, out-of-mind security system.

So, want to avoid the dreaded police report? Or try to convince me to provide an appraisal after the fact that everything is now gone? Be smart – keep it safe in a safe.

Richard Alan is a designer/goldsmith and has been creating jewelry, procuring and appraising diamonds and precious gemstones to the public for over forty years. He is the owner of The Harbor Goldsmith of Marco Island located @ Island Plaza. 239-394-9275 www.harborgoldsmith.com, harborgoldsmith@comcast.net.