Assisted Living: The Musical: Back by Popular Demand 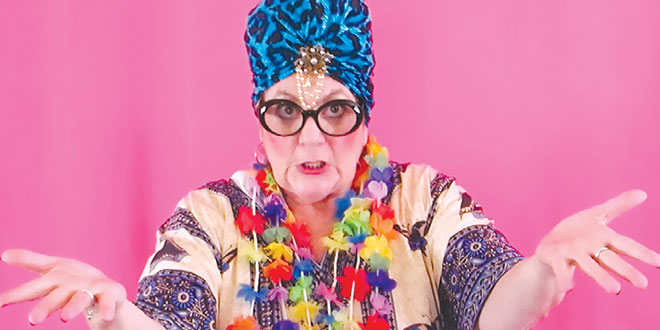 “Assisted Living: The Musical®” is returning to Marco Island for another three-show run, March 14-16. The Rose Auditorium welcomes back authors and performers Rick Compton and Betsy Bennett for 7:30 PM shows on Friday and Saturday and for a 2:30 PM Sunday matinee. Tickets are $20 for the evening shows and $15 for the matinee.

Subtitled “Sex, Drugs and Gettin’ Old,” the show delivers laughs from the opening scene when a newly-departed couple wonders why their son pulled the plug. The show romps through the “best years of their lives” at Pelican Roost, an active senior-living community. The place oozes with characters, each with unique answers to later-life’s questions.

“It’s like a cruise,” explains Pelican Roost resident Naomi Lipshitz-Yamamoto-Murphy, “except the final destination is not The Bahamas.” Naomi is one of 18 characters played by the two actors.

“Assisted Living: The Musical” opened in Naples in 2010, 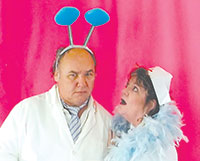 and immediately drew the attention of national and international press. It enjoyed coverage by the Associated Press in more than 180 newspapers and on the radio, including the BBC and ABC World Radio News. “The San Francisco Examiner” called it “wickedly funny.” “The San Jose Mercury News” warned, “You’ll die if you miss this one.” Its hometown “Naples Daily News” simply said “hilarious.”

The show’s authors have a different take on aging than some. “Old age is no more about fixed income and disability than youth is about student debt and hangovers,” says Compton.

“Imagine a world in which no one expects you to work, no one can get pregnant, and where you get a 20 percent discount just for living this long,” Betsy Bennett says. “That’s Assisted Living.”

Tickets and information are available through www.ComptonAndBennett.com, or by calling 800-838-3006. And you should get yours now…before your short-term memory goes.