Are You Ready to Take a Stand? 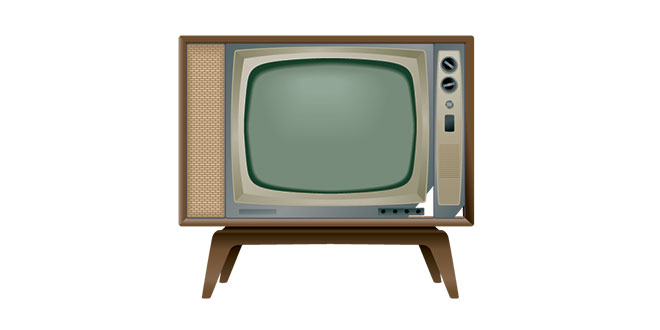 I don’t watch a lot of TV, but when I tuned in the other day I became convinced that those of you who do have done the rest of us a terrible disservice. It’s about those commercials. After all, someone must have given those advertising agencies a very skewed idea about the rest of us. Just look at some of those things they expect us to believe!

We are all familiar with the impossible cartoon characters coming to life and acting as salesmen, but how about those talking geckos, pigs, dogs and cats, especially the one with the dog sporting an unbelievable set of smiling dentures? Come on now — we know these pets can’t talk, and a dog would never sit long enough to be fitted with false teeth.

Then we have the series showing little babies in diapers in their cribs, discussing the stock market. I have it on good authority that babies never discuss the market until they are fully potty trained.

I am also quite appalled by the increasing number of parents who blatantly thumb their noses at child labor laws by allowing their children to make commercials advertising their floor coverings, law offices, or furniture stores. We all know that little kids don’t know the first thing about these products so why would we listen to their claims? I don’t know about you, but I find their cutesy voices almost as annoying and less convincing than a loud-mouthed car salesman offering a free cruise.

As we age, we have enough problems with failing vision and hearing, so which advertising genius thought it was a good idea to have spokespersons who either whisper intimately to get our attention, or talk at a rate of 150 words a second to get the message across? Both are lost on me.

At one time our eyes could feast on virile, hairy-chested men touting products, but now all we are shown is males who are glossy from their toes to the tops of their bald domes. And those women with the flowing locks – you can’t tell me that I will end up with a head of hair like that merely by using someone’s shampoo! Someone needs to look into the hair industry.

How convincing can a toe be? Yes, that’s right — a talking toe: one just tried to convince me that a certain product would cure toenail fungus. How would it know?

You might really enjoy munching away at those little chocolate covered candies, but can you tell me that you believe what they say? If you do, that could mean that you get all your legal advice from those shrieking shrews who dispense wisdom from the TV judge’s bench because they are merely smart and not gorgeous.

While you’re at it, as you settle in for an hour of relaxing TV, are you aware of just how much you actually get to see? Don’t take my word for it – get out your stopwatch. We all know it’s expensive to sponsor these shows, but try counting how many commercials (an average of 13) are shown in the breaks, and then figure out how much TV time is actually entertainment. Perhaps you like and need the extra time to run a grab a snack, but don’t you feel a little cheated?

So often television runs in a home just to fill the time and air space with another voice, or as some call it, “audible wallpaper.” Maybe we hear but don’t actually listen to all that background noise, or analyze if our ears are being manipulated or merely mangled.

So who’s going to start the revolution?