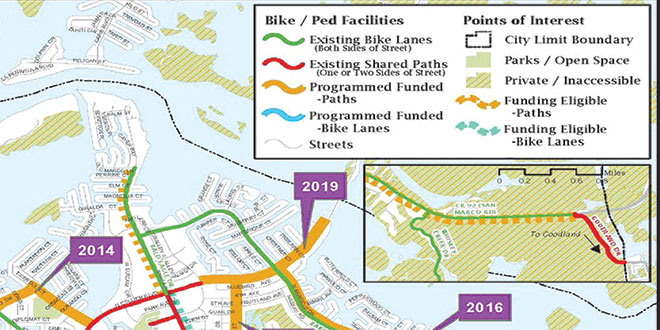 The big news out of the April 21 Marco Island City Council meeting was the approval of the ballot language for the August referendum on replacing the nearly 30-year-old Mackle Park Community Center. Councilors voted 5-2 to approve the following:

“Shall the city expend up to $3.5 million to construct a new community center up to 16,000 square feet at Mackle Park?”

That language now is on its way to the office of Collier County Supervisor of Elections Jennifer Edwards to be added the August primary election ballot.

It was a clear victory for the city’s Parks and Recreation Advisory Committee which spent the first quarter of 2014 educating Marco residents about the need for the project. According to committee Chairman Greg West, the $3.5 million price tag — $200 per square foot — is a “locked and loaded” price, and City Manager Roger Hernstadt told City Council that the estimated price is “doable if we don’t design this by committee. If it is clearly following the basis of design, including the sketch in the brochure, then we will be fine.”

Council Vice Chairman Larry Sacher and Councilor Chuck Kiester opposed the measure. Sacher raised concerns about the lack of a definitive design and possible additional costs, such as landscaping and the relocation of Parks and Recreation staff during construction. Kiester voted “no” on principle.

“I hope (the referendum) does pass because if we were asked to vote (the project) up or down tonight I would vote for it,” Kiester added later.

Meeting with the BCC

Still, the Mackle Park ballot language vote was not the only item of interest on the City Council’s agenda that night. First, Council discussed an upcoming meeting with the Collier County Board of Commissioners and the continued pursuit of a full-time second Collier County ambulance for Marco Island. As of Feb. 1, Collier County granted Marco Island Fire-Rescue a second seasonal ALS ambulance (Media 803) to operate January-April for 12 hours each day, 9 AM-9 PM.

The addition of the second seasonal ambulance is thanks to an effort by Marco Island City Councilor Amadeo Petricca, Marco Island Fire-Rescue Department Chief Michael Murphy, MIFRD Deputy Chief Chris Byrne, City Attorney Burt Saunders, District 1 Commissioner Donna Fiala and Collier County EMS personnel. The team had conversations with all members of the BCC, making a presentation about why a second ambulance was necessary for Marco Island.

Still, Councilor Petricca wants to continue the dialogue with Collier County about making this seasonal ambulance permanent. “This is not a dead issue because our season seems to begin earlier and earlier,” he told his fellow Councilors.

It is no secret that Marco Island’s Community Affairs Department has been in a state of flux since January. According to City Manager Hernstadt, the department continues on its evolutionary path to becoming the 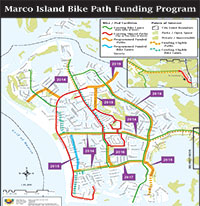 Growth Management Department with the Building and Planning and Zoning divisions falling under its purview.

During the April 21 City Council meeting, the department’s vacant positions and new hires were discussed. Planning and Zoning’s newest employees were introduced — City Planner Betty Hernandez and Zoning Administrator Tami Scott — and it was noted that the Building Division has two open positions for a plumbing and mechanical inspector and a plan review inspector.

Until the vacancies are filled, contract employees are being used, and as a result, City Councilors approved an additional $60,000 in funding to pay for those consultants. Hernstadt has indicated that more new hires are on the horizon as he is in the process of completing negotiations with prospective employees.

“This is a new start for those (divisions),” Hernstadt said in an interview after the City Council meeting. “Hiring is like getting married. It is easy to get married, but not so easy to get unmarried. We are not under pressure to make bad hiring decisions here, and meanwhile the daily work has to get done.”

In 2012, it’s work was adopted into Collier County’s Master Plan, making Marco Island eligible for bike pathway funding from the Florida Department of Transportation. This means the state provides 80 percent of the funding for bike paths on Marco through FDOT’s five-year plan. The city covers the remaining 20 percent of the cost — 10 percent for design and 10 percent for construction. The city has committed a $100,000 annual allocation for design, while construction costs are covered in the Five-year Capital Improvements Program.

During the City Council meeting, Musico reported the completion of the first bike paths on Jamaica Road. Those along San Marco Road, Winterberry Drive and the Tigertail/Hernando path currently are under construction. He also noted that the proposed paths on Landmark Lanes and Barfield Road/Inlet Drive are in design and set for construction next year.

Currently, FDOT has committed nearly $4 million in funding through 2018 to Marco Island for bike paths. “Once a project is on the plan, it is highly likely that it will be done,” Musico told City Councilors. “The timing can shift, but it will be done.” For example, he explained that the bike lanes on Collier Boulevard from the Jolley Bridge to Elkcam Circle have been bumped from 2018 to 2019.

The committee’s work is not done yet, though. Funding applications for five more bike path segments now are in the works, which will complete all shared-use pathways in the city’s plan. Further, the committee will seek funding for the final three in-road bike lane paths in the near future as well.

Musico urged City Councilors to continue the vision and the funding for the plan: “Construction funding for next year’s projects needs to be put into the CIP…If we don’t do these projects, the money goes somewhere else in Collier County. Once we submit our applications, we need to be ready to act on them.”