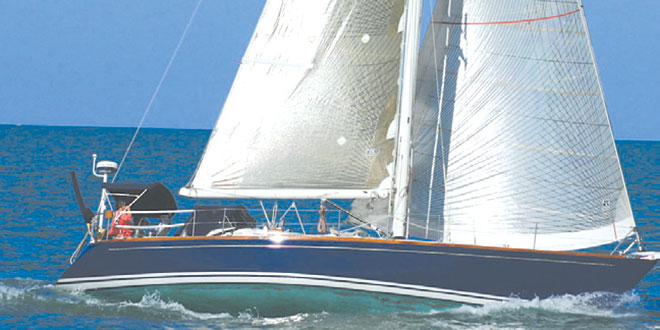 Saturday, March 15, was a beautiful day for sailing, and the Sailing Association of Marco Island took advantage of it, as it held its annual Lady’s Day Regatta in the Gulf waters along Marco Island’s beach.

The coastal breeze was just right to be caught in the sails and gentle enough to provide a sway of waves for the boats at anchor. Even so, it was close quarters on the water, and some held their breath for a beat or two at the awesome sights.

This is just one of several event SAMI conducts on Marco waters. The club plans and participates in several regattas each year and hosts several cruises to various locations. Organized in 1969, SAMI’s purposes is to encourage the sport of sailing and promote the science 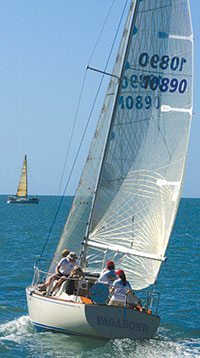 The Vegabond. PHOTOS BY LUISA MALONADO-STIERS

of navigation and seamanship among all who love to sail. The club also holds monthly meetings, both at local restaurants and pot luck dinners held at various locations around the area. Most gatherings feature a keynote speaker on areas of interest to the club.

Next on SAMI’s agenda is The Gulf Coast Sailing Club’s 38th Annual Regatta, set for March 28-30. Known as the Porsche of Naples Cup, the regatta also will feature Peter Schutz, the former CEO of Porsche, and Brain MacInnes of Oracle Team USA America’s Cup Group.

SAMI is always looking for new members and invites interested boating enthusiasts to check out its website at www.samisailor.org for more information.