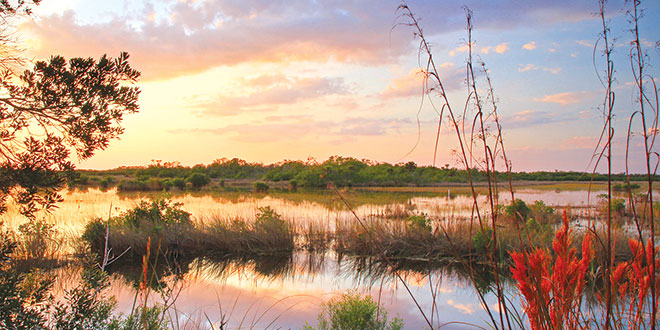 The Seventh Annual City of Marco Island Wildlife Amateur Photo Contest was one for the record books.

“This year had the most entries, 55 photographers, and number of photos entered, 188,” says Nancy Richie, the city’s environmental specialist. Sponsored by the city of Marco Island and Coastal Breeze News, the goal of the amateur photo contest “is to celebrate south Florida by seeing its unique wildlife, plant life and vistas through the eyes of the community,” she explains.

When the contest began seven years, it was held to celebrate Earth Day, which is April 22 of each year. Since that date is after the “season,” Richie moved it up in the calendar year to allow more interest and participation. It appears to have worked.

This year’s panel of judges — Vickie Kelber, David Graff, Frank Steiger, Jo-Ann Sanborn and Richie — had their work cut out for them, choosing the best of the best from seven categories:

Subjects had to be NATIVE plants and/or animals of Southwest Florida. NATIVE means indigenous species of plants or animals that were present in Southwest Florida prior to European settlement or that have arrived since through natural means of dispersal. The contest was not for photos of horticultural plants, gardens or non-native animals, and photographs could submit a maximum of four amateur photographs.

The winners were announced and awards distributed at the March 17 City Council meeting, and all photographs currently are on display in the lobby of the Marco Island Historical Museum through Friday, March 28.