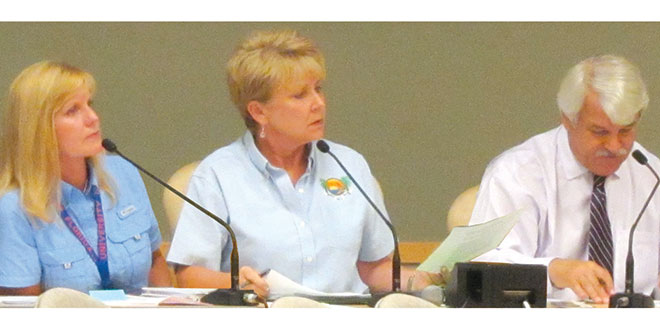 Donald Liston, a tractor operator for AAA Lot Mowing owned by Bernard Wegman, ran up a very expensive tab for his lunch break May 12. Liston decided to have his lunch “with a better view” and “possibly seek another client,” but chose the wrong location. 1929 Indian Hill Street is a privately-owned lot that for approximately 15 years, according to city staff, has been deemed unmowable.

In addition, the lot has been posted by Wegman himself, as a result of a previous conviction, as a protected gopher tortoise habitat. In December 2012, Wegman’s company was found guilty of destroying gopher tortoise nests, and then purchased and installed $1950 worth of warning signs to be posted in appropriate areas. In fact, Liston said he had helped install them.

The Indian Hill lot was described as “highly woody with native trees and shrubs, such as seagrape and prickly pear” food for gopher tortoises. The lot is apparently, according to city staff, also “a sensitive archaeological site.” Tractor tire marks left by Liston showed 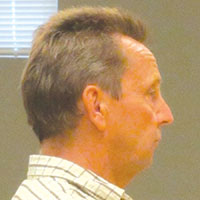 Donald Liston, an employee of AAA Lot Mowing Inc., incurred several repeat violations by knowingly entering a gopher tortoise habitat. The Board clearly stated that the employer is responsible both for the education and the actions of its employees, and showed little mercy for repeat violations of the law.

he came within five feet of the nests, and although he did not destroy any, some of the native shrubs were damaged.

Liston admitted that he knew there were gopher tortoise nests in the area and said they are hidden under the foliage.

As this is a second violation by this company, the board members stood firm when making a determination on irreparable and irreversible damage, although they did not levy the maximum fines.

• A violation occurred when vegetation, shrubs and leaves in a protected area were torn. Fine: $2,000

• It is a violation to disturb the protected habitat of gopher tortoises by entering their protected zone. This is a repeat of the previous violation. Fine $2,000.

As the damage to native growth is minimal, no mitigation or replacement was sought.

The five members of the board present 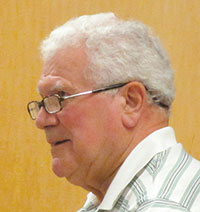 Richard Adams, current chairman of the Code Board, announced his retirement after 7 years of service.

The second case on the agenda was postponed to the next meeting. City of Marco Island vs. Charles and Marlene Church of 727 Fairlawn Court charges the Churches with obtaining an Illegal Conditional Use Permit for using their home as a Bed and Breakfast facility.

Board Chairman Richard Adams announced that he will be retiring from the board at the end of June when his term appointment ends after seven years of service. Although the board would usually entertain nominations for election of a new chairman and vice chairman at this time, Adams suggested that perhaps the status quo should be maintained for the time being as the City Council soon will be discussing replacing the board with a magistrate.

With many city meetings planned for July and a shortage of meeting space, the next Code Board meeting will be announced soon.