A Tale of Love and Commitment

MIA’s Damon Coiro is motivated by both 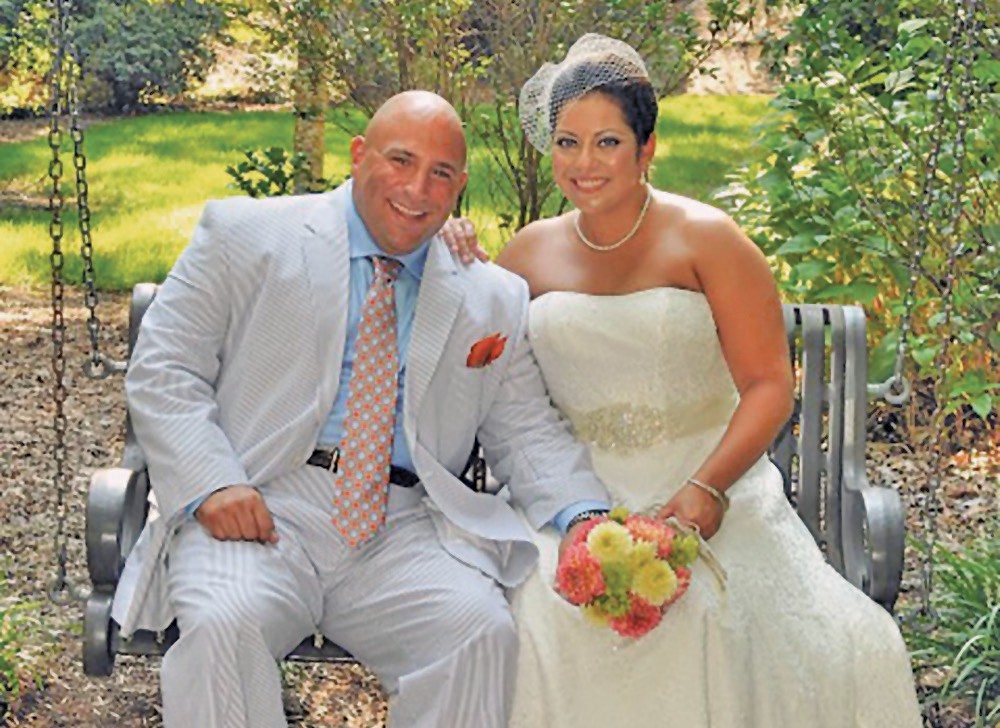 Damon and Victoria on their wedding day, August 15, 2015. They scheduled it exactly 21 years, to the day, from when they first met. Submitted Photos

On April 21, Marco Island Academy (MIA) Chairman, Jane Watt, announced the appointment of head football coach, Damon Coiro (pronounced Kor-ee-o), to the position of Athletic Director. Coiro will be taking over for Kelly Monnot, who will now be able to devote full time to her responsibilities as Dean of Students and Facilities Manager. Coiro is also being tasked as the coordinator of all extra-curricular student activities. Added to his head coaching responsibilities for the football and track teams, this is a daunting portfolio. But then, all MIA administrators wear several hats, ensuring that they will never get bored here. Or, as Principal Melissa Scott puts it, “At MIA, we all wash the dishes.”

In 1998, Coiro graduated from Toms River (N.J.) North High School (2,700 students), where he lettered in football (center and linebacker), baseball (catcher), and track (shotput). A stand out on the football team, he was named to the All-Ocean County Team twice and in his senior year, made the Shore Conference Class A All-Conference Team. The conference was made up of 53 teams in three counties. In the four years he played there, from 1994 to 1997, Coiro’s teams won 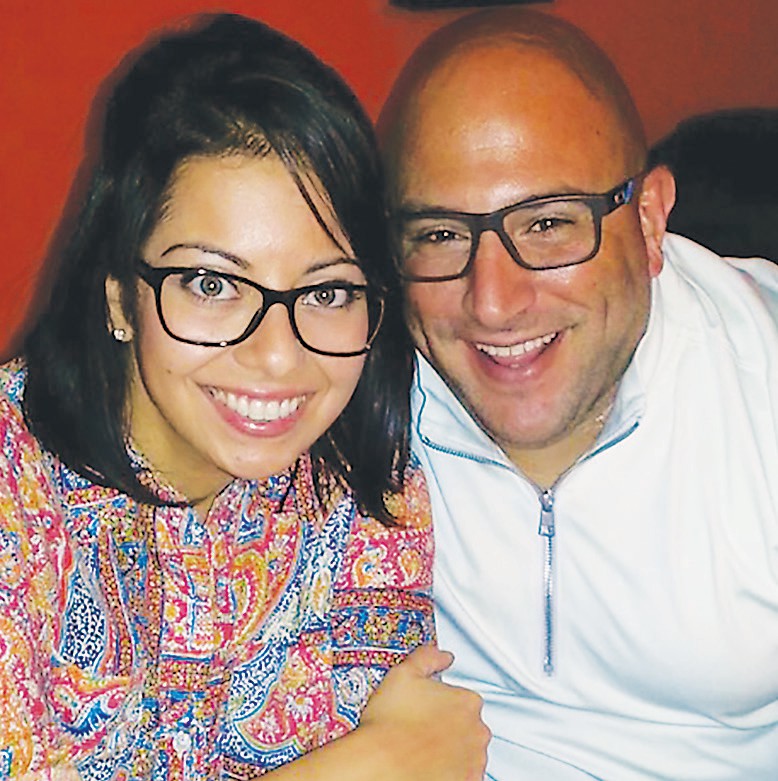 Damon and Victoria shortly after their reunion in April 2014. After a 20-year hiatus, they were dating (and smiling) again.

two state championships plus advancing to the semi-finals. Victoria Santiago, Coiro’s pert future wife, an outstanding athlete herself, was a competitive cheerleader at the school and was named to the high school All-American Team in her senior year. It was during his high school years at Toms River that Coiro found his life’s calling – he would devote his life to teaching and coaching. It would take him far afield, but he would never forget Victoria.

After graduation, Coiro attended Division III Greensboro (N.C.) College (GC), starting all four years at center, and captaining the team for three years. Graduating with a BA in Special Education in 2002, Coiro was offered an assistant coaching position at GC. A year later, he was hired as a special education teacher at a high school in Jackson, New Jersey and given the position of assistant football coach. Two years after that, he was back at Greensboro as a full time assistant coach, followed by a stint as strength and conditioning coach at The Citadel, a military college of about 2,700 students located in Charleston, South Carolina. “I never wanted to be a college head coach,” said Coiro, 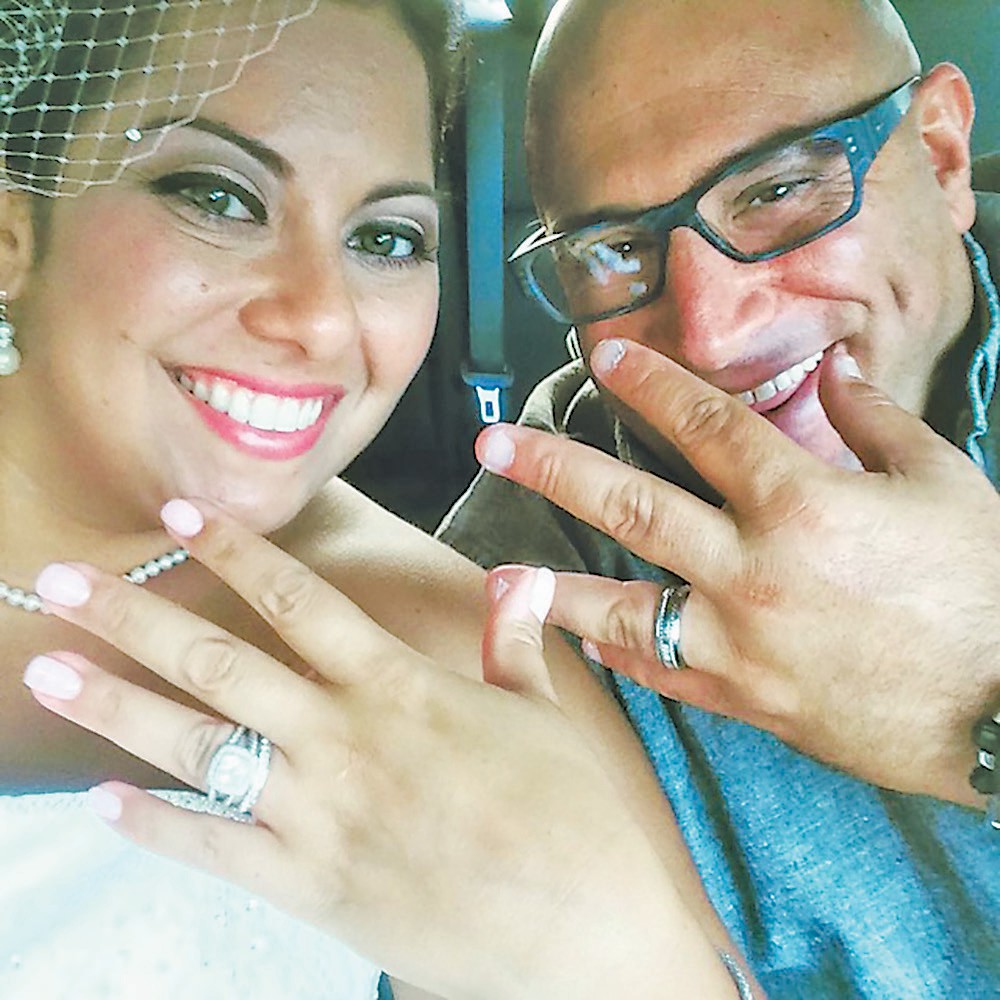 It took 21 years for this to happen. Damon and Victoria show off their wedding rings.

“but wanted the college experience, before returning to high school coaching.” It was always about coaching high school football with Coiro. “At the high school level you can watch boys mature physically emotionally, academically and in faith,” he says, “Football, more than any other sport has the power to change lives.”

Coiro’s big break came in 2009, when he was offered the head coaching position at Grimsley High School in Greensboro, North Carolina, the town where he must have impressed a lot of people with his football abilities and acumen at Greensboro College. Grimsley, a public high school of about 1,700 students was, according to contemporary reports, coming off a scandal-plagued 2007 season, wherein the head coach resigned and 18 of his players were deemed academically ineligible to play in 2008. Coiro took the job anyway (along with the jobs of assistant athletic director, wrestling coach, and special education instructor). Grimsley proved to be a fortuitous choice. “I was in the right place at the right time,” Coiro said, “The [football] program was on life support when got there, but the administration and parents’ group were patient and supportive. It reminded me a lot 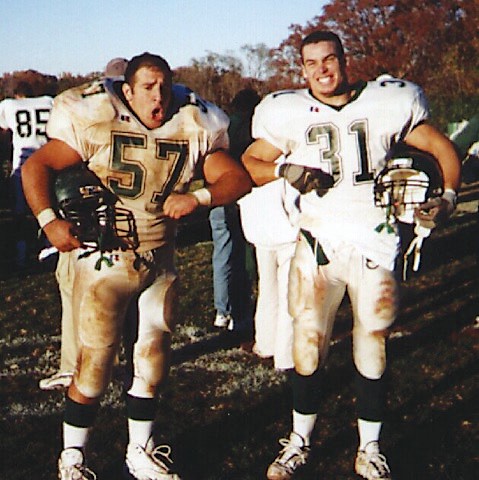 A young Damon Coiro (number 57) after a high school football game in 1997. Playing both ways, as center and linebacker, he made first team all-conference (of 53 schools) in his senior year.

of MIA. I loved it there.” For the next four years Coiro struggled to rebuild the program and immersed himself in the community. “We improved every year,” he said. Things seemed to be going swimmingly. But then he had an encounter which would change the course of his life.

In August 1994, while a high school freshman at Toms River, Coiro had met classmate Victoria Santiago on the first day of football practice. Santiago was trying out for the cheerleading squad on the same field. They became high school sweethearts, but parted ways after graduation in 1998. Their goals couldn’t have been more disparate. Victoria, a brilliant student, had her heart set on becoming a dentist. She stayed at home to attend Montclair State College and Rutgers Dental School, graduating in 2005, after which she set up shop in her hometown of Toms River. She was able to purchase another’s practice in 2010 and seemed set for life. During the course of my interviews for this article, Coiro has never mentioned a romantic involvement with anyone else. Victoria’s name recurred frequently however. While at Grimsley, Coiro would return home periodically to visit his parents 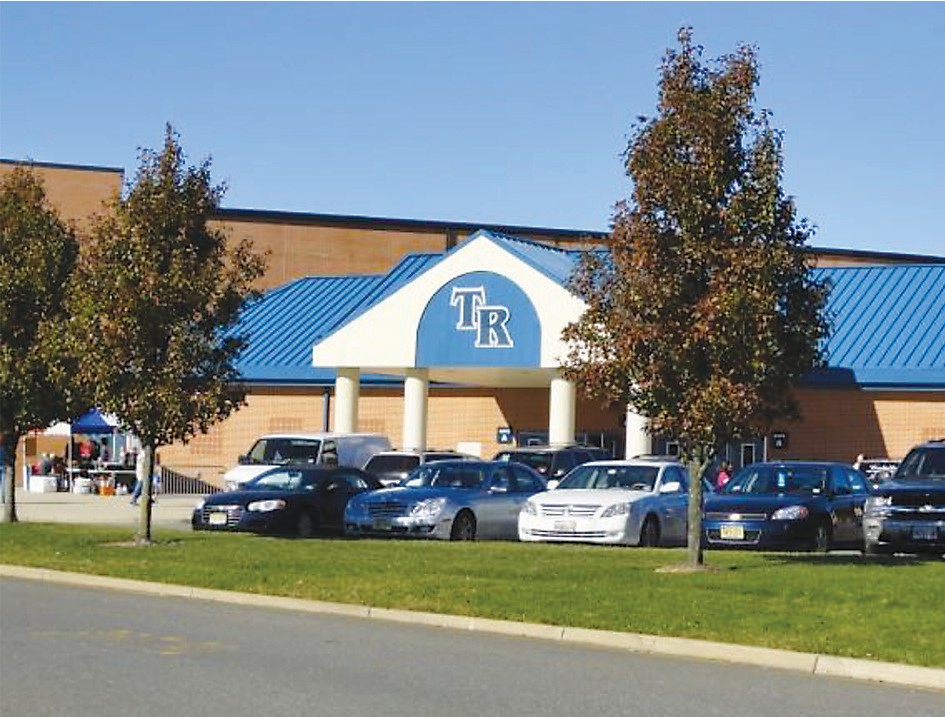 Front entrance, Toms River North High School: Damon and Victoria met here as freshmen in 1994. The high school sweethearts parted ways after graduation in 1998, not to meet again until 2014.

(he says) in Toms River. Finally, in April 2014, on one such visit, and after many previous unsuccessful attempts at a reunion with Victoria, they got together when Victoria called him to ask for a ride home from New York City, where she was attending a dental conference. “You’re a lot cuter than I remembered,” she said, when getting into Coiro’s car. After that, things moved swiftly. The smitten Coiro resigned from Grimsley, a school where he was extremely happy, and promptly landed a job as an assistant coach and special education teacher at Toms River East High School for the 2014-15 school year. In October, during a bye week for the football team, he proposed to Victoria. “She not only said ‘yes’, but then agreed to go and scout our next opponent’s game,” Coiro said, “I knew then, even more than before, that she was a keeper.” They were married ten months later on August 15, 2015, 21 years to the day from when they had first met.

Coiro was finding it hard to acclimate to central Jersey. Toms River, with a population of over 92,000, is located in the densely populated metropolitan

Northern Guilford High School: In 2014, Coiro was hired as an assistant to Hall of Fame coach Johnny Roscoe. His next stop would be MIA.

areas of both Newark, New Jersey and New York City. He yearned to return to the more hospitable and laid back sunny South. Problem was, Victoria had established a thriving dental practice in Toms River and had spent most of the last 10 years struggling to do so. Their relationship was soon put to the test when, in the summer of 2015, Coiro was offered an assistant coaching position at Northern Guilford High School (NGHS) in Greensboro, North Carolina, the place where he had made so many friends. To sweeten the pot, the school dangled the prospect of being on the staff of one of the most storied coaches in the South. According to contemporary newspaper reports, Johnny Roscoe had coached in South Carolina for 35 years, compiling over 215 victories and two state titles. He moved to NGHS in Greensboro in 2007, where he added another 92 wins (and only 12 losses), and in his eight years there, added four more state titles. Now, he was offering Coiro a position on his staff. It was a dream job for an aspiring head coach. It was an offer he couldn’t refuse…but WWVS –

Grimsley High School: Coiro landed his first head coaching job here in 2009, taking over a team that had lost 18 of its players through academic ineligibility.

What would Victoria say?

Coiro had cause to worry. A year prior to this, he had gotten a call from NGHS offering him the same position. “Some of my college teammates and my best friend were on Roscoe’s staff,” Coiro said, “I had stayed in close touch with these guys, but at the time Vic was not ready to move.” This time Victoria agreed to accompany Damon on a visit to NGHS. She fell in love with the place. “My buddy took us to lunch after a tour of the school,” Coiro says, “He flashed his state champion rings at her and she was sold. It was her idea to make the move.”

Roscoe retired in December 2015 giving Coiro only one season to soak up the regimen and techniques of this Hall of Fame coach. It was enough to convince him that he was more than ready for his next high school head coaching job. “Northern was a short stop for me, but it was on top in terms of professional development,” Coiro said. Coiro could bide his time at NGHS, waiting for something to open up in the Greensboro area, or he could look to see what else was out there. He chose the latter.