A Remembrance: the Traveling Vietnam Wall and the Freedom Fountain 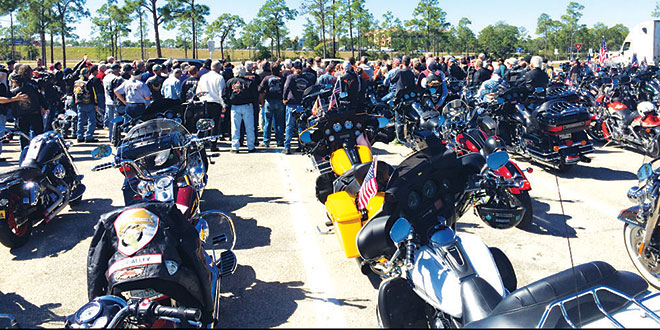 Over 270 bikers showed up to ride with the Traveling Vietnam Wall. There was an official escort of sheriff and police motorcycles, Vietnam Veterans, and the Marco Riders.

Carmen Dasti assisted with registering riders at exit 131 in Fort Myers. All along I-75 and 951, exits and side streets were closed to allow the procession leading the Wall uninterrupted access to Marco Island. This official government owned Traveling Vietnam Wall was greeted by crowds on top of the Jolley Bridge before making its way to Veterans Park where it was installed for exhibit. Once at Veterans Community Park, the escort was served sandwiches donated by Subway. 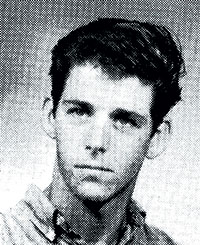 A name on the wall: Robert James Whalen

“The American Legion Post 404 brought the Traveling Vietnam Wall to Marco Island. It wouldn’t be possible without the generous support of the Marco Island Marriott, the Richards Family, the Havey Family, Lowe’s and Walmart. More than twenty local businesses kindly donated their services. With so many attending the opening ceremony and with the numbers of people coming to see the Wall That Heals, it was the right time to officially unveil the Freedom Fountain. LCEC was on hand to lift the wrap off the fountain on cue which was, coincidentally, a large button at the podium pushed by Bob Sergeant, a veteran and strong supporter of Veterans Memorial and the Freedom Fountain,” said Lee Rubenstein, who organized both the Traveling Vietnam Wall and the Freedom Fountain. Lee is also the Commander of the American Legion.

By 11:00 AM the next day, Education Day, over 3000 people had visited the Wall That Heals. Students from three Collier County Schools including Marco Island Academy were among the 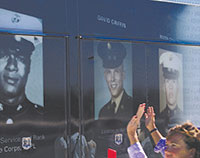 The Wall was greeted at the Jolley Bridge.

visitors to the Wall. Doug Hartman led the information segment with an historical reflection on the chronology of events in Vietnam.

Many find visiting the Wall an overwhelming experience. Each name represents a husband, a wife, a father, a son, a sister or brother. Some come to see the Wall out of curiosity, some out of respect, some out of sympathy. Many Vietnam Veterans themselves are overcome by a flood of emotion upon seeing the Wall and locating the names of fallen comrades. Counselors were available for those who found the experience an emotional one.

The names of 58,286 men and women who died in service to our country are engraved on the Vietnam Wall. Of those, 1,955 were from the state of Florida. Veteran Bill Duncan led a group of volunteers who read aloud every name of Florida’s fallen and Bill remained each day to step in on behalf of a volunteer who was unable to make it or who was overcome with emotion. “You may start reading and if you’re unable to continue, I will step in and read for you,” Bill offered at a brief training session.

This writer was honored to be one of many to read 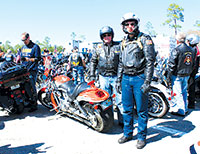 the names. In doing research on military rank abbreviations, I came across information on one of the names on my list, SP4 Robert James Whalen. An online photo suddenly put a person to the name and my small task became a profound honor. Robert was a Specialist 4th Class from Hallandale, Florida, born in July, 1948. He died before his 21st birthday having been in the service less than one year when he died as a non-hostile ground casualty. He was just one of 35 names I read that day. There were 1,954 others on that list from the state of Florida and 58, 285 others on the Wall. Yes, it is emotional and overwhelming.

The Vietnam Veterans Memorial Fund which brings the Wall That Heals offers a ‘Wall of Faces.’ One can look up any of the names on the Wall at their website at VVMF.org. Here you can go beyond the names on The Wall to see the faces, share the stories and read the remembrances posted by friends, neighbors, classmates and family members.

“OUR NATION HONORS THE COURAGE, SACRIFICE AND DEVOTION TO DUTY AND COUNTRY OF ITS VIETNAM VETERANS, THIS MEMORIAL WAS BUILT WITH PRIVATE CONTRIBUTIONS FROM THE AMERICAN PEOPLE”.

Inscribed on the Memorial.