A Night Out with the Stars 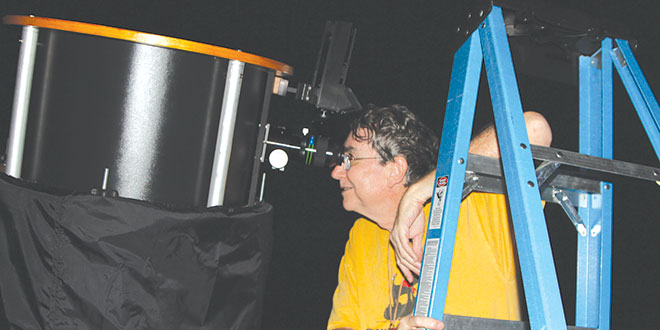 Telescopes of every kind and size! SUBMITTED PHOTOS

About once a month pending favorable weather, members of the Everglades As-tronomical Society head out to a remote location in Fakahatchee Strand. They set up personal, high-powered telescopes to watch a cosmic stellar show unfold. These ‘star parties’ are free and open to the public.

The most recent star party was hosted by Mike Usher, president of the Ever-glades Astronomical Society and columnist for Coastal Breeze News.

The location is just far enough away to keep the unadventurous person from find-ing it. Not only should one be doused with plenty of bug spray to keep the flocks of mosquitos away (not swarms, ‘cause these skeeters are big!), but there is some specific astronomer etiquette to be followed. First, don’t spray bug repellent anywhere near a telescope. The spray wreaks havoc with the lenses. Second, no lights of any kind including cellphones! It can take up to 45 minutes for your eyes to readjust to night vision once seeing a white light of any kind. Red light, how-ever, is fine. So, a flashlight with red light is suggested. Even Usher’s computer screen gets 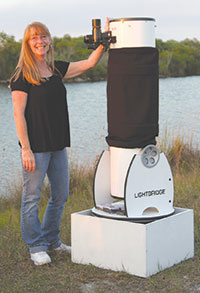 covered with a red screen and a small tent-like covering.

At just around sunset, the astronomers started setting up their equipment. There were scopes of every kind and size. Once darkness fell, the mosquitos subsided, the lightning bugs settled for the night, and the show began.

In a few moments, one could see Jupiter like never before! Not only were the lati-tudinal bands visible on the surface of Jupiter, but four of its satellite moons shone brightly. Directed by Usher, the group was shown where to watch the sky for an iridium flare, and sure enough, they saw it! Following that was a view of Orion. Orion was nice, but then Usher wowed the group with bringing the Orion nebula into view. What a sight to see! The group also watched the international space station take a trek through the sky until it disappeared.

When you go, make sure you plan on staying for a few hours, some of the best viewing is after midnight.

Further suggestions for astronomer etiquette, as well as information on upcoming star viewing parties can be found at the Everglades Astronomical Society’s web-site at Naples.net/clubs/eas.