A Meeting with Mr. Misguided 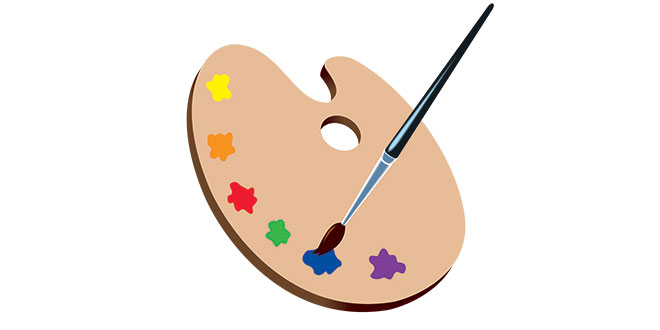 You are NOT going to believe what happened to me. This story begs the question: If someone is misguided, then who or what guided them there?

I recently participated in a Naples event called “An Evening on 5th.” It involved visual artists and musicians scattered up and down the avenue to enhance the dining and shopping experience of the out-and-abouters. Sounded nice. I rather like talking to folks when I’m at my easel; I feel the more information the public has about the creation of art, the better for artists.

The event was well organized, although scheduled a bit late for proper lighting (7-9 PM); it was pretty hot (not much you can do about that!); and getting to my assigned spot to unload was a tiny nightmare (parking problems on 5th surprises no one). So maybe I wasn’t in the best mood by the time things got rolling, but I consider myself a game gal and was really trying to get in the spirit of the evening.

I managed to get set-up in time — a display of some of my smaller beach paintings, my easel and a small (but heavy) pan of sand with a beach bucket and shovel to use as a model. My presentation was charming, but at 7 PM, most people were scurrying to dinner and throwing me only cursory glances. Disappointing, but nothing personal. Some folks stopped to look, chat, ask questions. That was nice. The light was fading fast, and that disappointed me more. Plus, it was somehow getting hotter, and since it was evening, I had not brought a hat so sweat was running into my eyes. Live and learn, right?

Then HE came. Mr. Misguided. I knew it wasn’t going to be pretty when he started telling me that the paintings he sees in museums are really large, and I should paint BIG if I wanted to make it. Oh lordy, I don’t know how I managed to hold my tongue, but he did seem interested. He looked intelligent (whatever that means), and he was trying to engage with an artist. So I explained that sometimes size isn’t important, that there are amazing petit works of art out there, and that I was managing to earn a decent living being true to my own art.

Well, THAT was the wrong thing to say. The next 10 minutes felt like 10 hours, as my newly-retired businessman peppered me with questions regarding my business. How many paintings a year did I sell? How many big ones? How many small ones? How many beach buckets? I answered some, deflected others, but could feel the irritation rising and found my answers getting shorter. Also, my poor little painting was suffering from lack of joy.

Finally, thinking I could put an end to the conversation, I explained, “Look, I am far from rich, but I am fortunate to do what I love. I have a nice home, a comfortable life, and I lack for little. It’s been nice talking to you, but now I must pay attention to this painting.” Did he leave? No, he did not. Instead, that’s when he did…IT.

He asked me, or told me, “So, you must be married.” Honestly.

I laid my brush down, looked him levelly in the eyes (I love being tall). After a hopefully uncomfortable pause, I replied that I have lived alone most of my life but that, yes, I have recently married. Then I asked him a question, “Why?”

A bit of stammering revealed, he was under the impression that women who became artists did so at the indulgence of their hard-working husbands. Really? That thought in this century? By my standards, he would have to be about 125 years old to get away with that kind of thinking, and he was not. He was not much older than I, well dressed, seemingly successful, and obviously educated. So, where, oh where, is this mind-set still coming from?

There was plenty I wanted to say to this man who really thought he was just being friendly. Have you ever read a book by a woman? Really listened to music from a woman? Paid attention to a film about women? Do you ever ask women at social gatherings what they do for a living. (This last one’s important; the independent businesswomen I know say when it comes to asking men about what they do, only one in 10 will ask them the same question, and I’ve certainly found it to be true.)

In the end, all I could say was, “Oh, you poor thing.” Then, I packed it up, and headed for the bridge. This would not be my night for giving lessons.